on January 12, 2022
Polar light is a luminous effect of electromagnetic phenomena in the ionosphere. It is visible in high latitudes as red, green and white arcs.
But it is clearly visible at a distance of 100 km from the Earth's surface. 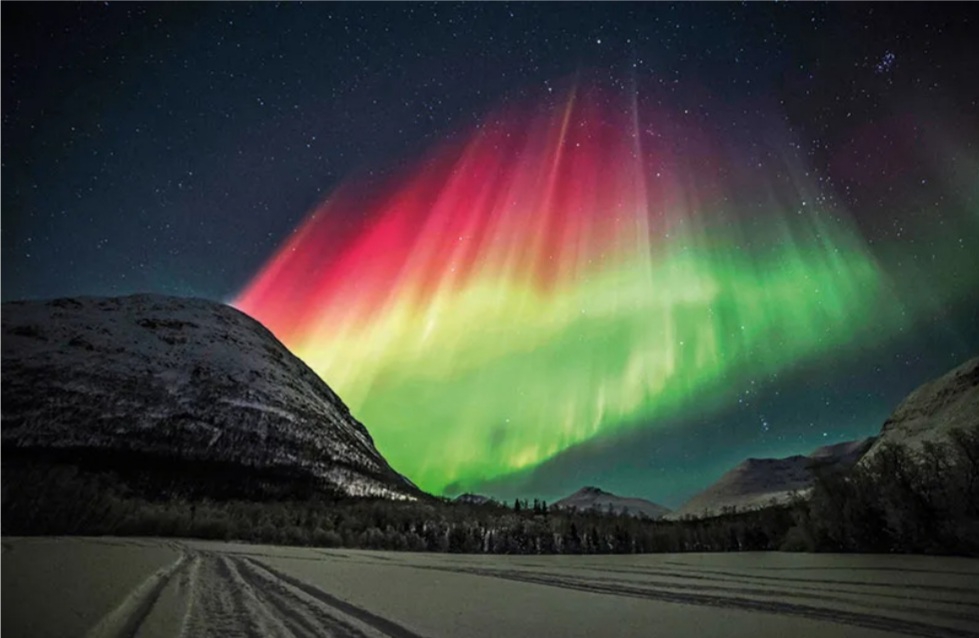 Simply put, at night time or just before dawn, a mixture of green, red, blue light shines in the sky above both the poles of the earth. This light is called polar light (Aurora).
Because of their origin near the poles, they are called polar lights. The polar flame of the North Pole is known as the North Polar Light (Aurora Borealis) or Sumeru and the Polar Light at the South Pole is called the South Polar Light (Aurora Australis).
Recommended 👇
Why are astronomers so interested in the dwarf planet Pluto?
Researchers found in a study that aurora originates from the interaction of electrons and plasma waves.
According to scientists, this process of interaction of electrons and plasma waves occurs in the magnetosphere of the Earth's outer atmosphere.
The magnetosphere is the part of Earth's outer atmosphere where electric particles are controlled by the Earth's magnetic field.
According to scientists, as the magnetosphere changes, solar wind energy is released, also known as chorus waves.
These waves cause electrons to rain in the Earth's outer atmosphere and result in the appearance of colored light at the poles.
Recommended 👇
Merger of Two Black Holes and Generation of Gravitational Waves
Planet Earth