on February 18, 2022
Recently, astronomers have discovered the largest galaxy yet. It is a radio galaxy.  According to researchers, this galaxy is about 16 million light years wide. 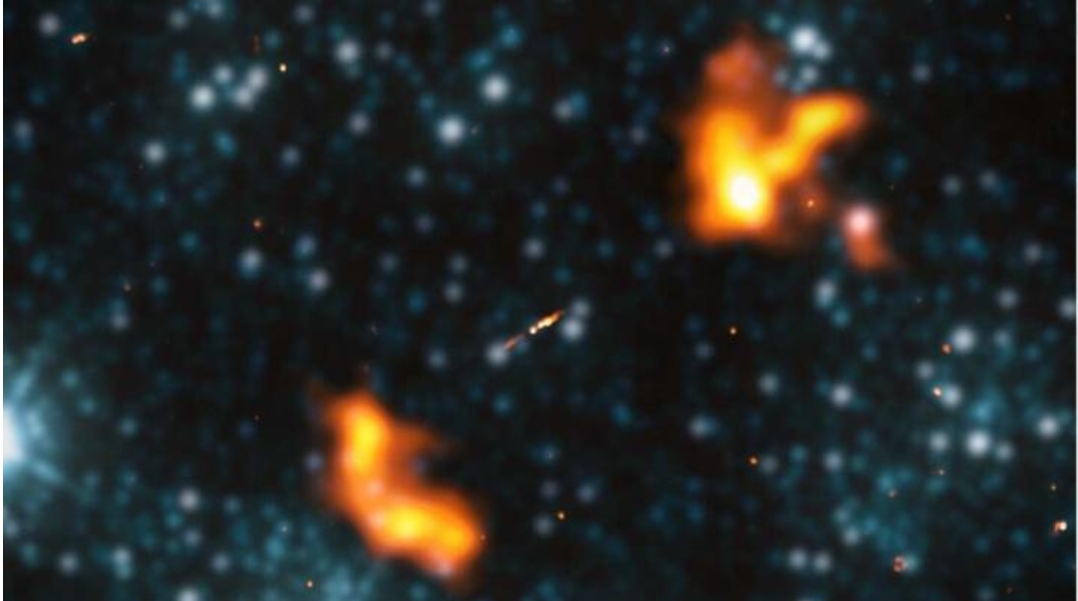 According to a statement by researchers from Leiden University in the Netherlands, this galaxy is named after the son of a Greek primitive god. It is located at a distance of about 3 billion light years from the earth.
Generally, supermassive black holes are at the center of radio galaxies. As matter falls into a supermassive black hole.
It releases energy as the form of two radio jets from opposite directions of center of the galaxy. This process is also commonly referred to as an active galactic nucleus.
Using data from the Radio Telescope's Low-Frequency Array Network based in Europe,  researchers detected two large plasma plumes emitted from a common supermassive black hole at the center of the galaxy.
Light behind a black hole detected for the first time
This radio galaxy, located at a distance of 16 million light-years, is about 100 times larger than our galaxy (Milky Way) and represents the largest known structures of galactic origin, according to researchers.
Astronomers were unable to locate Alcyonus galaxy using radio telescopes because the plumes are relatively weak.
The researchers re-analyzed existing images of this galaxy again. Its new pattern alerted researchers to the vast galactic structure.
While radio jets have been found in many galaxies, including our Milky Way, researchers are unsure how Alcyonus became so massive.
At first, they thought it might be caused by a typically large black hole, an excessive amount of stardust or an incredibly powerful jet stream.
Black hole, considered the monster of the universe, gave birth to a star
However, according to the statement, these features appear relatively common compared to other radio galaxies.
The Alcyonus galaxy may offer new clues about the structure of our universe, also known as the cosmic web, which is believed to connect all galaxies.
This complex network is made up of filaments of cluster galaxies, separated by giant voids.
The intergalactic medium between galaxies may play a role in shaping the Milky Way's giant plasma plume.
Therefore, the researchers plan to analyze Alcionus further. This discovery may change our thinking about galaxies.
Galaxies