Scientists discovered a planet that is not 'round' for the first time, less than 24 hours a year on this strange exoplanet 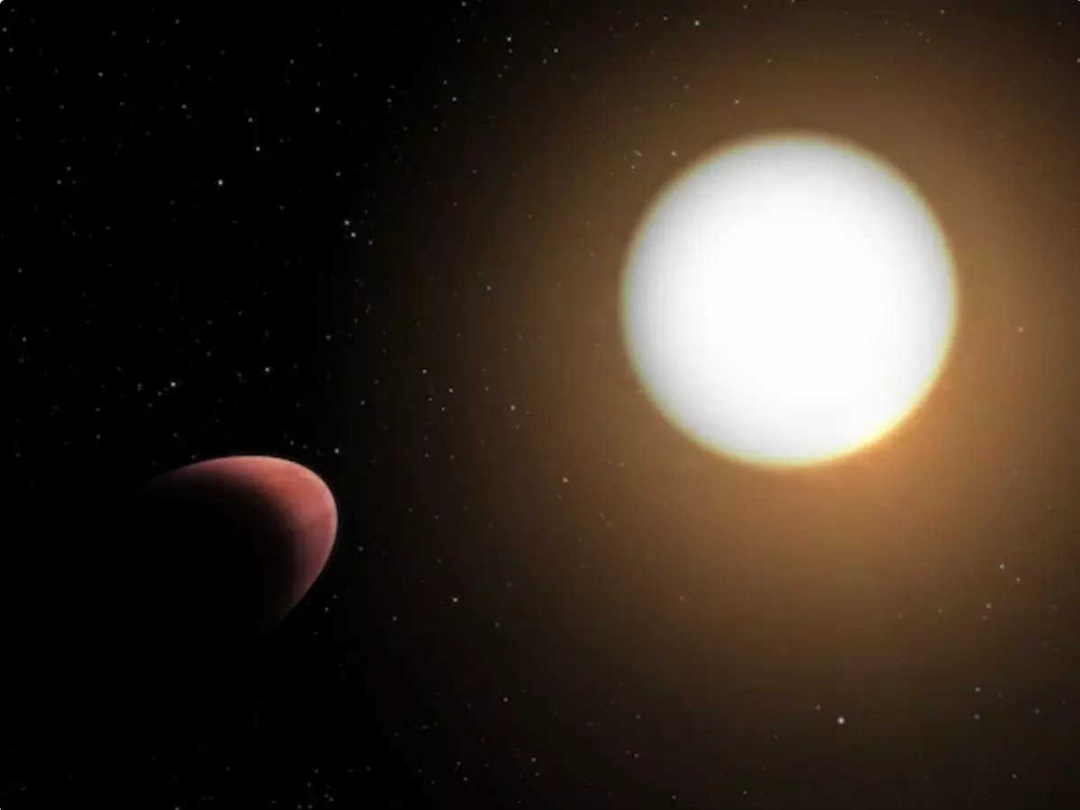 The shape of this planet is not round and it is highly deformed. This exoplanet completes its orbit around its host star in less than 24 hours.
Scientists have discovered a strange-shaped planet for the first time. This exoplanet have a new theory about the internal structure of planets.
The strange shape of this exoplanet is named WASP-103b. It is located in the constellation of Hercules, orbiting its host-star WASP-103.
WASP-103 is 200 degrees hotter than the Sun and 1.7 times as massive. The exoplanet is located at a distance of 35 light years from Earth.
The exoplanet is twice the size of Jupiter and 1.5 times the mass. The major reason for the peculiar size of exoplanets is the massive tidal forces between the planet and its host-star.
The exoplanet is very close to its host star, due to which it completes its orbit in less than a day.
If this property is compared to Earth, then a year on this exoplanet is less than 24 hours. This is the reason that its tides are much higher than the tides of the Earth.
Astronomers have long believed that such proximity could cause a planet to experience a strong tide from its host-star. But researchers haven't been able to measure it yet.
The Cheops satellite was launched in 2019 to determine the size of known extrasolar planets.
With the help of this satellite, scientists have been able to estimate the mass, density, composition and composition of the planets.
The recently discovered exoplanet is shaped like a rugby ball. Last year, scientists discovered an exoplanet orbiting the star L98-59.
This exoplanet was completely filled with water, due to which the possibility of life on it has increased manifold.
(Source: ESA)
Exoplanets