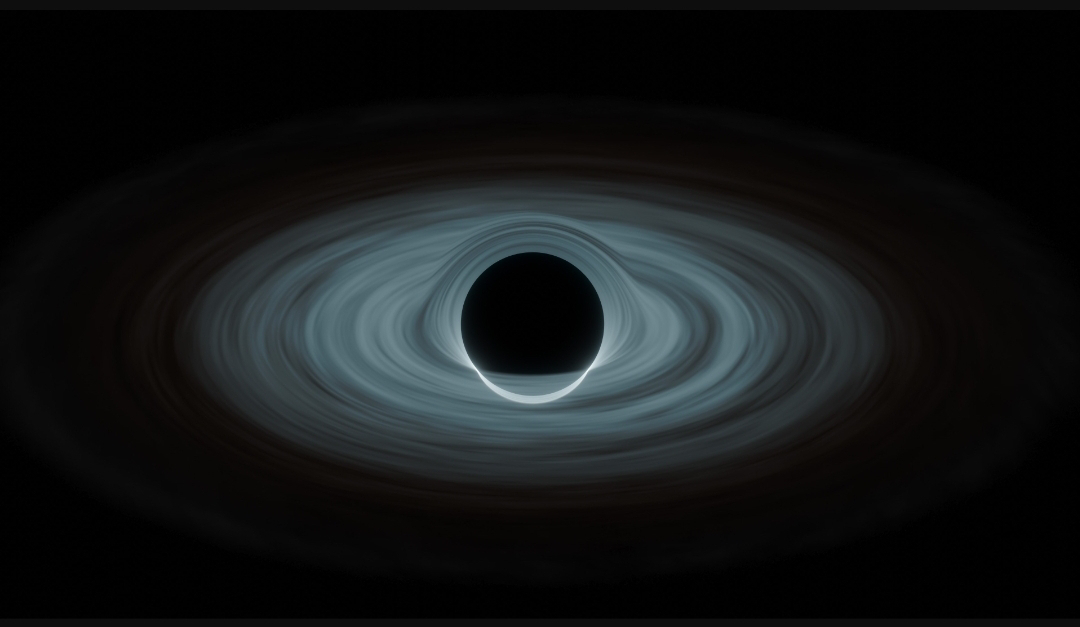 Astronomers took a directly observable image of a black hole in 2019. In this, the blackhole was identified as a bright object. But there are also many black holes which are really impossible to detect.
Now a team of astronomers using the Hubble Telescope appears to have discovered something no one had seen before. They believe that it is a black hole which is completely invisible.
Although this research has just been posted online and submitted for publication in the Astrophysical Journal, it has yet to be reviewed.
In general terms, a black hole is the remnant of massive stars after they die or their cores have collapsed. Their density is incredibly high. In addition, they are considered to be the place with the greatest gravitational force in the universe.
Nothing can escape from them, including light of such a high gravitational force.
Astronomers have always been very interested in the study of black holes. Every image of a black hole with an advanced telescope is clearer than the previous image.
Blackholes can tell more precisely about the nature of how stars die, among other issues.
Measuring the mass of a blackhole can be used to find out what was going on in the last moments of stars, when their cores were collapsing and their layers ejected.
It may appear that blackholes are invisible. Because the ability to trap light in black holes has evolved. But how do they react with the objects around them?
More can be found on this. Many tiny black holes have been discovered through the way they interact with stars.
There are two different approaches to this kind of identification. In "X-ray binary stars"—in which a star and a black hole orbit a shared center while producing X-rays—a black hole's gravitational field can pull material from its companion.
The material that surrounds the black hole is heated by friction as it does so. Hot material glows brightly in X-ray light, making the black hole visible, sucked into the black hole and disappearing.
You can also detect pairs of black holes as they merge together, moving inward and emitting a brief flash of gravitational waves, which are ripples in spacetime.
There are many such black holes of monster nature which are flowing invisible in space without interacting with anything.
However, this type of blackhole is very difficult to detect. Astronomers are confused about this type of black hole. If we cannot detect individual black holes, then we cannot get much information about them.
To find such an invisible blackhole, the team of scientists had to combine two different types of observations over many years.
This impressive achievement offers a new way to discover an elusive class of isolated blackholes.
Einstein's General Theory of Relativity predicted that massive objects would bend light as it passed through them.
This means that if light is passing too close to an invisible blackhole but not close enough to allow the black hole's gravitational force to exert its effect on it, it will bend in the same way that light passes through a lens.
It is also known as gravitational lensing. It can only be seen when a foreground object is aligned with a background object, bending its light.
This method has been used to study everything from galaxy clusters to planets around other stars. The authors of this new research incorporate two types of gravitational lensing observations into their search for black holes.It began with them suddenly amplifying the light from a distant star, making it appear brighter for some time before going back to normal.
They could not see any foreground objects that were magnifying through the process of gravitational lensing. This suggested that the object may be a lone black hole, something that had never been observed before. The problem was that it could also have been a faint star.
Figuring out whether it was a black hole or a faint star required a lot of work, and that's where other types of gravitational lensing observations came in. The authors repeatedly took pictures with Hubble for six years to measure how far the star had moved. Because his light was deflected.
This eventually allowed them to calculate the mass and distance of the object that caused the lensing effect. They found it to have about seven times the mass of our Sun, located about 5,000 light-years away, which seems far away but is actually relatively close.
Black Hole & Quasars