How biosignatures can be a good indicator of life on exoplanets? 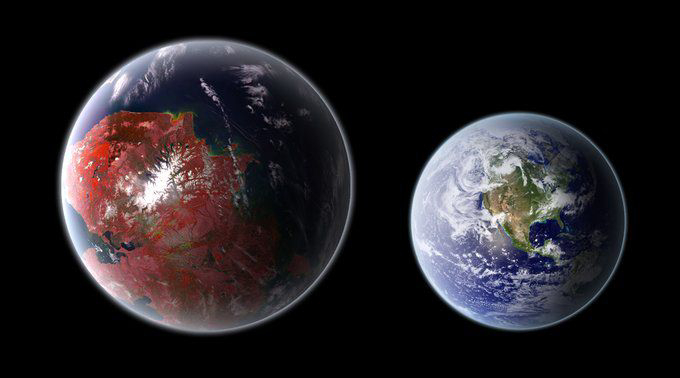 In the future, as astronomers use spectroscopy to search for habitable planets (exoplanets) like Earth, it will prove to be important in the search for oxygen on extraterrestrial planets.
Oxygen is created on Earth through a process by which plants convert sunlight into energy through photosynthesis. This is where the transfer of energy starts.
Oxygen is a highly reactive gas. Oxygen released into the atmosphere was intensely removed early in Earth's initial history.
It reacts with rocks, or was destroyed by photochemical reactions driven by ultraviolet rays in sunlight.
These types of processes are commonly referred to as sinks, and oxygen only began to accumulate in Earth's atmosphere when these sinks were overwhelmed.
Whether it is the surface or the ocean, an oxygen-rich atmosphere is considered the first sign of rich life. This is the main reason why astronomers are most excited to discover it on any exoplanet.
But now the question arises, can oxygen alone be the first indicator of life on exoplanets? Could other types of gases produced by other biochemistry also be indicators of life on exoplanets?
Sukrit Ranjan of Northwestern University and his colleagues are researching on this. "Small and quieter nature exoplanets orbiting M-class dwarf stars may be sites of inevitable biosignatures," he says.
In general, M-class stars emit less ultraviolet radiation than massive and hot stars like the Sun, so the sinks on those planets are much weaker.
Exoplanets orbiting these dwarf stars create environments conducive to the accumulation of reactive gases like oxygen that we can detect through space telescopes.
This is the main reason why the James Webb Space Telescope (JWST) launched sometime back is targeting these stars prominently.
Ranjan's team considered an exoplanet with a hydrogen/nitrogen atmosphere orbiting an M-class red dwarf. The biochemistry of life in such a world could generate ammonia (such as on Earth, where rhizobacteria help nitrogen-fixing plants draw nitrogen gas from the air).
This scenario has been nicknamed the 'Cold Haber World' after a process that used heat, pressure and catalysts to convert atmospheric nitrogen into ammonia for fertilisers.
The research team simulated a Cold Haber world, which has a climate suitable for liquid water, Earth-like volcanoes and an atmosphere with a surface pressure similar to Earth's, but composed of 90% hydrogen and 10% nitrogen.
They simulated how quickly life on such a planet would release ammonia and the rate at which atmospheric ammonia would be destroyed by the dwarf star's sunlight. They found that for realistic organic ammonia production rates, the gas could end up sinking on the planet and accumulate to remarkable levels in the atmosphere.
They claim that JWST can detect such atmospheric biosignatures with two transits in two months.
Such a world would be isolated from Earth, but this result gives astronomers hope that we will be able to remotely detect atmospheric biosignatures on more diverse exoplanets.
Recommended 👇
NASA has discovered more than 5000 exoplanets so far, maintaining the record in the discovery of exoplanets
Miscellaneous