Most of the planets, exoplanets, stars in our solar system and beyond are round, but why is that? 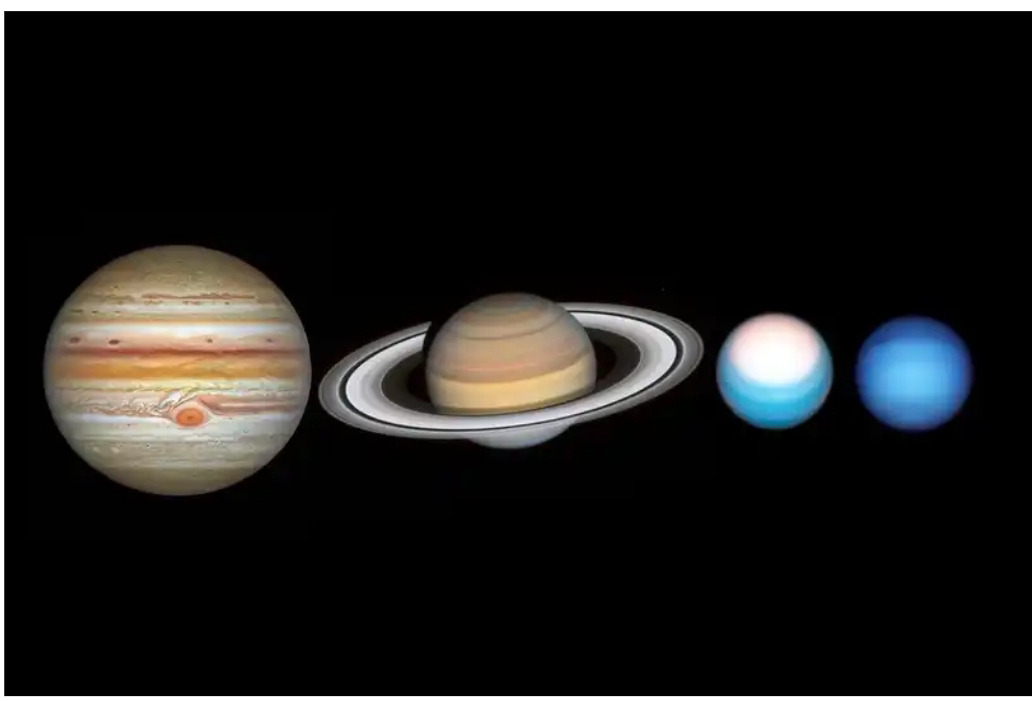 The planets in our solar system and the Sun at the center of the Sun have almost the same shape as sphere.
Not only in our solar system, but the shape of exoplanets and stars discovered outside the solar system is almost sphere.
Have you ever wondered, Why is this so?
Gravitational force is an important factor that makes our universe systematic, due to which the planets, exoplanets, stars, and galaxies present in our universe have been formed.
It works over great distances and has no preferred orientation.
Gravitational force pulls matter in equal measure from all directions and when matter collides it produces a shape that looks the same from all directions.
A shape that meets all these criteria can be a spherical shape.
Our entire universe is bound by the force of gravity
But this does not mean that these cosmic bodies are completely spherical. If we talk about the earth, then it is a little flat.
If you will travel from North to South Pole then you will have to travel 39,941 kms.
If you go round the Earth with the equator as the base, then you will have to travel an additional 130 kilometers which in total works out to 39,941+130 = 40,071 kilometers.
The Earth has risen at the equator to form a shape close to an oblate spheroid - a slightly crushed sphere.
Why is the shape of the planets slightly crushed?
The size of the planets is more outward than in the middle.
The main reason for this is that they rotate on their axis, due to which the middle part is thick.
To understand this better we can take the example of chairplanes which are commonly seen in fairs.
It consists of several chairs hanging down from a central disc. As the disc starts rotating, the chairs start bending outwards.
As the speed increases, the discs move in the same proportion.
The only thing stopping these chairs from flying is the chains that hold them to the axis.
Exactly the same happens with the rotation of a planet.
The force of gravity acts like chains, pulling everything inwards, but the speed of rotation pushes everything out.
As the chairs on the ride are moved outwards, as a plane spins on its axis, it widens in the middle.
How fast the planet spins seems to be one of the biggest influences on the size of the bulge.
The Earth, completing one rotation on its axis in 24 hours, has a bulge of about 0.3% in the Earth's sphere.
Jupiter takes 10 hours to complete one rotation, while its sphere has a bulge of 0.7%.
Venus, which takes 243 Earth days to complete one revolution, has no apparent bulge
Do stars also bulge during rotation?
Recent data taken by the Solar Dynamics Observatory (SDO) has shown that the Sun may rotate at a speed of 7,000 km/h but its bulge is negligible.
But it is not that like our star (Sun) all stars do not have bulge.
Altair, which spins at more than 17,000 km/h in Aquila, has been measured and a bulge has been found.
Miscellaneous