Neutron Stars Could be the Best way to Measure Dark Energy 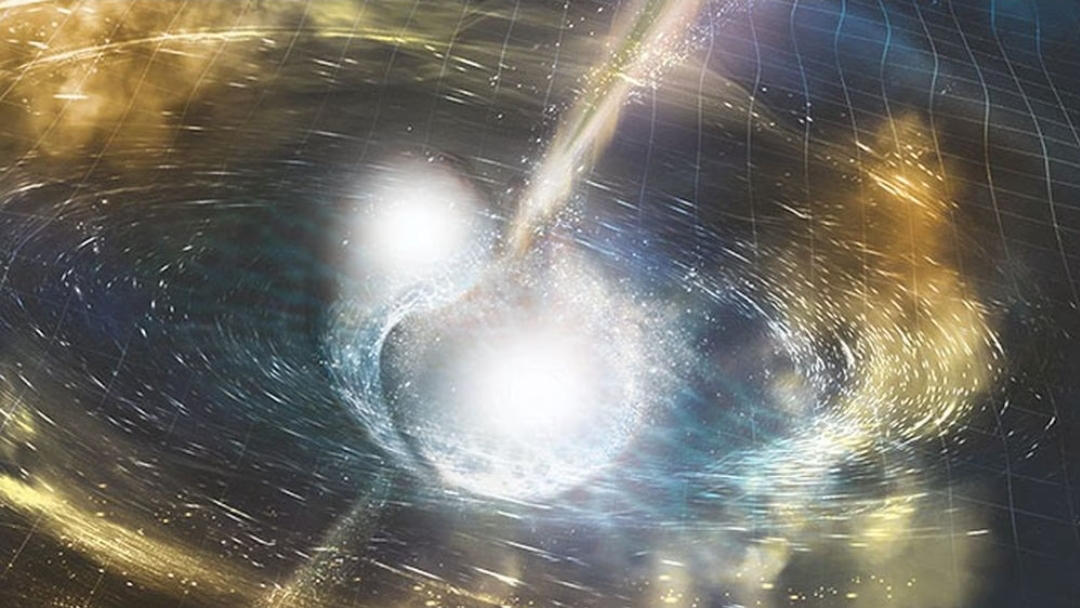 Dark energy is a key issue to understand our modern theory of cosmology. We know that universe is expanding at an ever-increasing rate, and the clearest explanation is that some kind of energy is driving it to infinite.
Since this energy doesn’t emit light, we call it dark energy. But simply giving dark energy a name doesn’t mean we fully understand it.
We can see what dark energy does, but its fundamental nature is perhaps the biggest scientific mystery we have.
The most popular idea for dark energy is that it is an aspect of spacetime itself. Within Einstein’s theory of general relativity, it is possible to include a term known as the cosmological constant.
While the universe could expand without a cosmological constant, it needs the constant for that expansion to accelerate as we observe. That is, within the framework of general relativity.
But while the cosmological constant matches observation really well, the idea is not without its problems.
One problem that keeps showing up in the data is the fact that we can’t pin down its value. When we try to measure the constant using different methods, we get slightly different values.
Back in the day, the uncertainty of those values was large enough that we could overlook this issue, but our observations have become accurate enough it’s clear they don’t add up.
Either there is some systematic error in our observations we haven’t pinned down, or the cosmological constant doesn’t quite work. If that’s true, then general relativity isn’t quite right.
So What is the Alternative?
One of the most popular of these is known as Brans-Dicke theory, or Jordan-Brans-Dicke theory, or Fierz-Jordan-Brans-Dicke theory, depending on how many folk you want to credit with the idea.
This theory is very similar to Einstein’s model, in that in both models spacetime and matter obey special relativity, spacetime is described by a tensor field known as a metric, and the principle of equivalence holds true.
Basically, any solution to general relativity is also a solution to Brans-Dicke.
Jordan-Brans-Dicke theory was proposed in part to bring general relativity back into better agreement with Mach’s principle.
So, while Einstein’s model describes gravity entirely via the spacetime metric, Jordan-Brans-Dicke adds a scalar field into the mix.
The effects of gravity are then caused by both the scalar field and the tensor metric, which is why it is sometimes called a scalar-tensor model.
Since this scalar-tensor model is in some ways a generalization of Einstein’s model, you could use either model to correctly describe the observed universe.
Of course, if you don’t need an extra scalar field to describe gravity, why invent one? Hence the reason Jordan-Brans-Dicke theory isn’t very popular.
That is unless you want an alternative to the cosmological constant. With an extra scalar field, all of a sudden you have a degree of freedom that could account for dark energy.
Tweak your scalar field in the right way, and you can match the observations we have of dark energy.
And since it’s a field rather than a constant, dark energy could vary in both space and time, which would explain why we can’t pin it down to a simple constant.
It’s an interesting idea, but it will only be widely accepted if you can find an experiment that proves Einstein wrong and Jordan-Brans-Dicke right.
Good luck with that, given how similar the two models are. But now a recent study shows how Jordan-Brans-Dicke theory might be tested, and it involves the collision of neutron stars.
Modeling neutron star collisions is hard. General relativity is a complex mathematical theory, so it takes a tremendous amount of computing power to model collisions.
Jordan-Brans-Dicke theory is even more complex, which makes simulating collisions that much harder. But the team was able to create a simulation that works.
By comparing neutron star collisions in Jordan-Brans-Dicke theory vs general relativity, they found that there are key differences in the gravitational wave signals.
These differences are too small to observe with current gravitational wave telescopes, but the next generation of observatories should be able to distinguish the models.
As it currently stands, both general relativity and Jordan-Brans-Dicke theory match our observations equally well.
The main reason general relativity is more popular is that it is simpler and in some ways more elegant. But simple and elegant doesn’t always make a model right.
In the end time, and space, will tell.
This article was originally published in Universe Today
Cosmology & Astrophysics