New photo released by ESA shows an extremely young star creating an energetic explosion in the dark cosmic sky 1,250 light-years away from Earth. 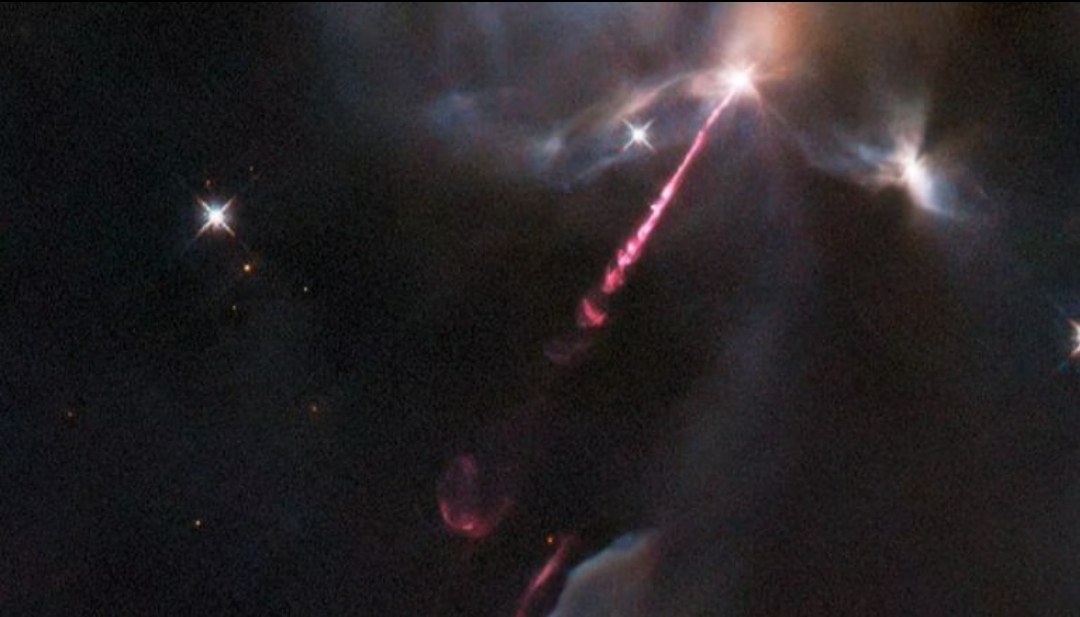 The European Space Agency (ESA) has released a brand new image taken by the Hubble Space Telescope that shows features never seen before.
This photo shows an extremely young star, which is in its early stages of formation, generating an energetic explosion that is moving across the dark cosmic sky.
As per ESA, the explosion is an incandescent jet of gas traveling at supersonic speeds that is creating colorful wispy structures, which astronomers identify as Herbig'Haro objects.
What is a Herbig'Haro Object?
According to the space agency (ESA), the wispy structures got their colors after the jets collided with material around the forming star, resulting in a jolt of heating up the material and causing it to glow.
This particular Herbig-Haro object is named HH34 and is located about 1,250 light-years away from Earth. The object can be found in the Orion Nebula, a large region of star formation visible to the unaided eye.
The agency says the Orion Nebula has been studied by astronomers to learn more about the birth of stars and planetary systems because it is one of the closest sites of widespread star formation to Earth.
While the image was now released, scientists observed it between 1994 and 2007 and again in 2015 using the Hubble Telescope.
James Webb Space Telescope and HH34
HH34 is also in the list of James Webb Space Telescope to study, JSWT was launched on December 25, 2021, to observe the early universe and discover new ones in unprecedented universe.
ESA says this telescope will observe and peer into the dusty envelope HH34 in infrared wavelengths of light to revolutionize the study of jets from these young stars and still-forming protostars.
"Hubble's high-resolution images of HH34 and other jets will help astronomers interpret future observations with Webb" As per ESA.
The Webb telescope, which is installed at the second Lagrange point, is currently undergoing its commissioning phase, with engineers aligning its primary mirror and commissioning the instruments.
Recently, the telescope released a completely new image of a star produced during the process of mirror alignment.
Stars