A 12.9 Billion Year Old Star that Came into Existence after the Big Bang 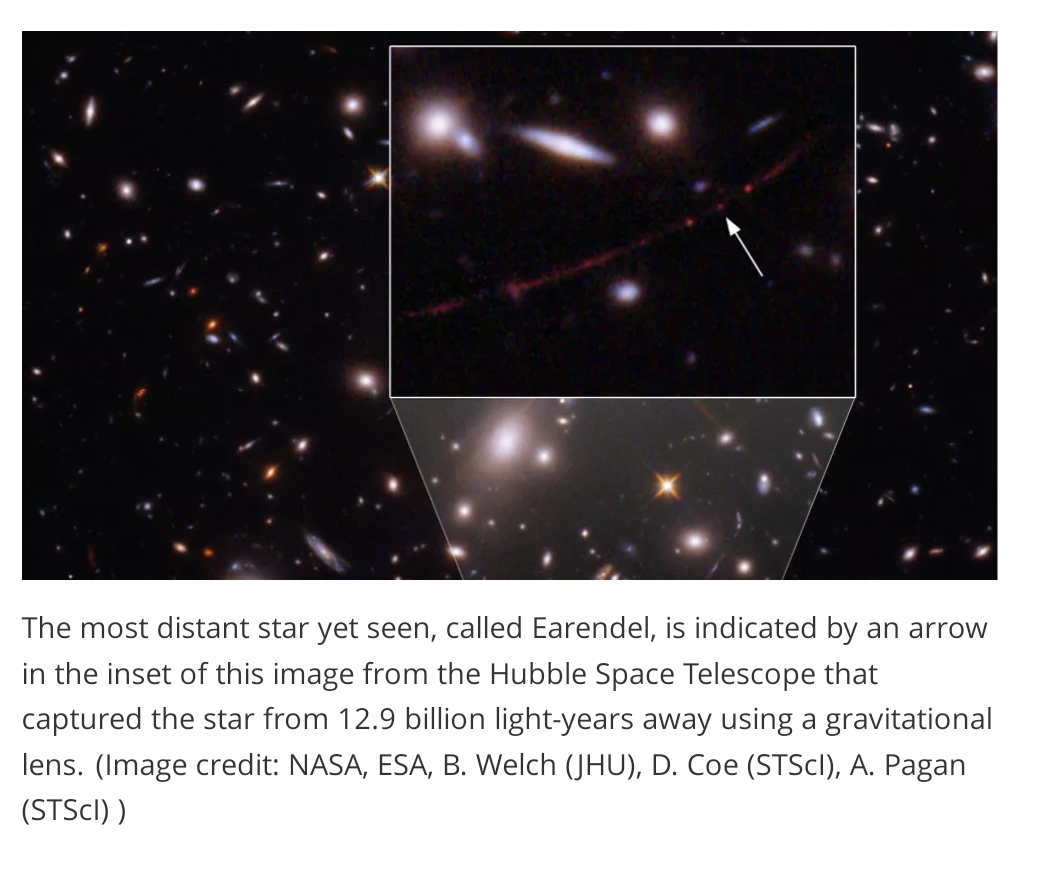 Recently, NASA's Hubble Telescope has discovered a giant and ancient star.
According to astronomers, it is about 12.9 billion years old. It is believed to be the oldest star ever discovered.
According to astronomers, it is 'one of the stars that came into existence soon after the Big Bang'. The discovery of this star can give a new direction to our understanding of the evolution and origin of the universe.
The Big Bang is considered the scientific basis for the origin of the universe.
The team from the Max Planck Institute in Germany has detected the very faint light coming from stars. Scientists have named this star 'Earendel'.
Clusters of galaxies also exist between Earth and Earendel.
For this reason, only a small amount of the light emitted from the star reaches the Earth.
Researchers said that this star is millions of times brighter than our Sun and is one of the brightest stars ever discovered.
It can be about 50-500 times bigger than our Sun. After coming into existence about 12.9 billion years ago, its light has now reached the Earth.
The Hubble Telescope could not manage to gather more and more accurate information about it.
Scientists believe that using the James Webb Telescope (JWST), more and more accurate information can be gathered about it.
Dr Salma de Mink, scientist of astrophysics at the Max Planck Institute, says, 'The search for this star is like finding black and white pictures of our grandparents or ancestors, these stars are basically our stellar ancestors.
We are made up of the same elements that were once emitted from these stars.
Stars