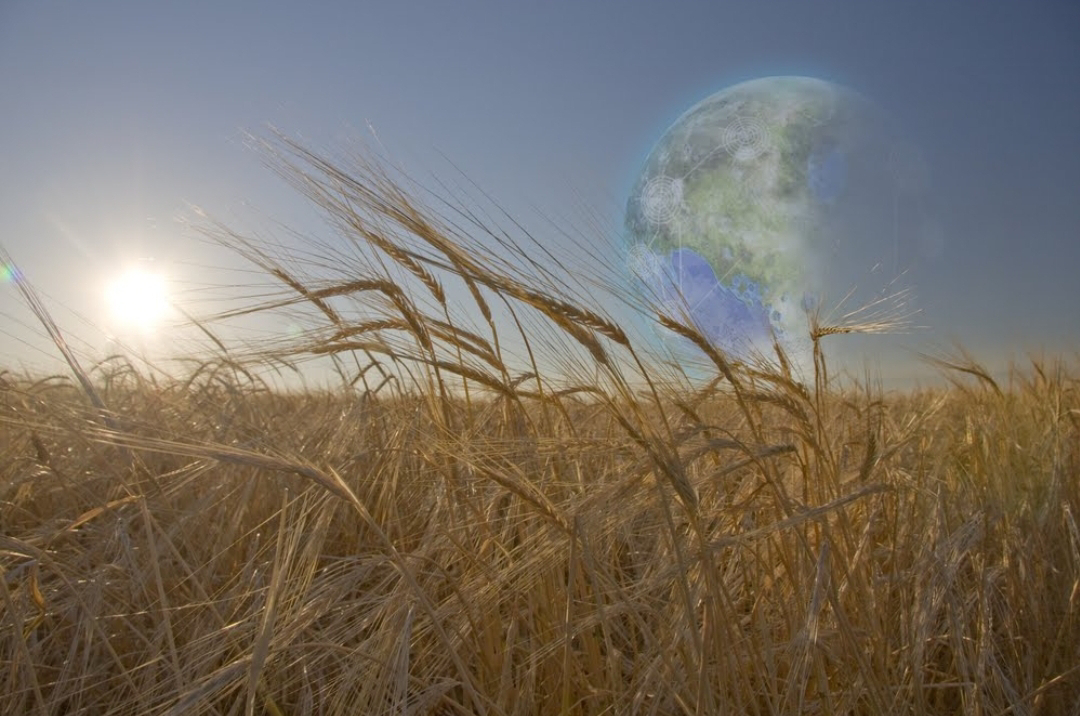 The development of agriculture has been a key turning point in the important events that separated our present and modern societies from the societies of the past. This event happened about 10,000 years ago today.
In parallel with this, various animals were also domesticated for dairy products and meat to consume.
The most important effect of agriculture was that it eventually localized humans.
This led to the rise of cities and exchange of ideas and innovations along with natural resources. It also affected the earth. The effects of farming are reflected in the grid system of farms.
A biogeochemical process, whereby plants use light and carbon dioxide to produce oxygen, became a pillar of biological evolution on Earth.
Astronomers, astrophysicists, say that similar biological evidence should be clearly visible from space and this type of signal can also be found from a field on other planets (exoplanets).
'The spectral signatures of such 'exoforms' are worth considering in the search for technical signatures, say Jacob Haq-Misra and his colleagues at the Blue Marble Space Institute of Science in Seattle.
They go on to explore how such a signature might appear and how easily this type of evidence can be detected by the current generation of state-of-the-art space telescopes, such as the James Webb.
Nitrogen Fixing
The use of fertilizers has been an essential element in agriculture to increase production.
It gives plants better access to nitrogen, a vital element of life. It is readily available as N2 which makes up about 78 percent of the atmosphere.
But it is difficult to fix it in a plant-usable form because the N2 is bound together by a highly stable triple bond.
This nitrogen is broken down naturally into more easily exploitable forms in a variety of ways from lightning to microorganisms in compost.
But as the population has increased, mainly since the Industrial Revolution, the demand for nitrogen fertilizers has also increased tremendously.
This has led to the development of synthetic fertilizers and a global industry dedicated to manipulating the nitrogen cycle through an industrial approach to making ammonia called the Haber–Bosch process.
Ammonia is produced on a large scale with the help of nitrogen, some of which goes into the atmosphere, though only for a short time, as ammonia usually falls to the ground after a few days.
So detectable levels of ammonia in the atmosphere must be the result of significant ongoing agricultural activities.
Although atmospheric ammonia is short-lived, its use as a fertilizer generates nitrous oxide (N2O), a greenhouse gas that exists in the atmosphere for more than a hundred years.
Combustion also produces nitrous oxide. However, Haq-Misra and co point out that other civilizations like ours may find that combustion is not sustainable and may be phased out.
So in the long run, the signature of nitrous oxide is more likely to indicate agricultural activity.
Agriculture and allied activities are also the main producers of atmospheric methane on Earth. So CH4 is another signing worth a look, the team says.
'Signature of such an exofarm can only occur on a planet that already supports photosynthesis, so such a planet is already spectral due to H2O, O2 and CO2,' says Haq-Misra and his colleagues.
Extraterrestrial technical signature
'These calculations suggest the possibility of considering the simultaneous detection of NH3 and N2O in an environment that also contains H2O, O2 and CO2 as a technical signature for extraterrestrial agriculture'
Using today's state-of-the-art observatories, it may be possible to detect such biometrics on other planets.
The researchers explain that the James Webb Space Telescope, which is currently being commissioned.
It should be able to detect ammonia at levels of five parts per million in the atmosphere of a hydrogen-rich planet orbiting a nearby red dwarf.
The current level of ammonia on Earth is about ten parts per billion. This makes the discovery of nitrogen signatures an interesting discovery for astrobiologists.
It is likely that the discovery of this signal would be a natural next step after the discovery of photosynthetic signatures.
What seems clear is that technical signatures are not likely to be single wow-type signs, but more complex patterns of evidence that require some dedicated detective work.
That detective work is just about to begin, with the James Webb Telescope coming online later this year.
James Webb Space Telescope - JWST