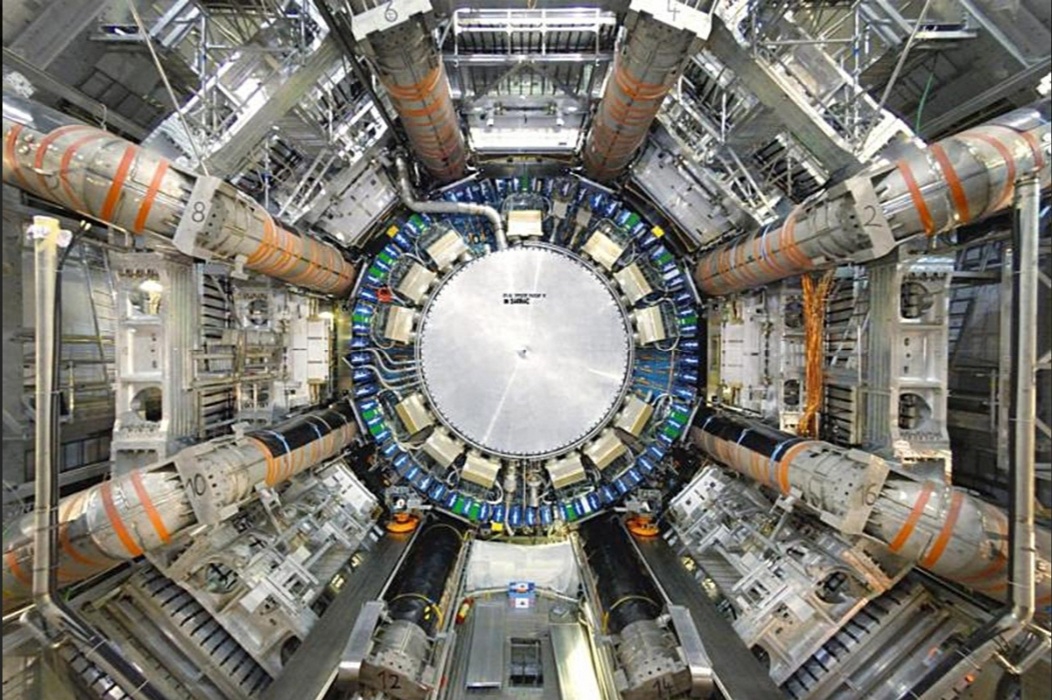 After nearly a decade of studies and tireless efforts to measure the size of this particle, scientists have made a startling discovery.
A fundamental particle, called the W boson, has a much greater mass than the theory suggests.
According to researchers, this is contrary to our understanding of the universe and in a way challenges the traditional theories about the universe.
Fundamental particles are based on the Standard Model of physics. They contain important information related to the creation of the universe.
Furthermore, the study of these particles gives us a lot of information about the forces acting on them that tell us about the universe.
The W boson is basically a type of electrically charged particle. Electric charge comes under the category of weak force.
It is one of the four fundamental charges and is therefore considered a pillar of the Standard Model.
Recently, according to a study published in the  Science Journal, the precise measurement of the W boson contradicts the Standard Model of physics.
Ashutosh Kotwal, who played significant role in this study and a physicist at Duke University, says about the complexity involved in locating the particle's measurements, "over a period of 10 years it took more than 400 scientists to record and examine a dataset of approximately 450 trillion collisions." The team worked hard.
These collisions – created by breaking particles together at the mind-bending speed to study them – were created by the Tevatron Collider in the US state of Illinois.
It was the world's highest-energy particle accelerator until 2009, when it was replaced by the Large Hadron Collider (LHC) near Geneva, which famously observed the Higgs boson a few years later.
The Tevatron stopped running in 2011, but scientists at the Collider Detector at Fermilab (CDF) have been crunching the numbers ever since.
Harry Cliffe, a particle physicist at Cambridge University, who works at the Large Hadron Collider, said the Standard Model was "probably the most successful scientific theory ever written - it can make fantastically accurate predictions".
But if those predictions turned out to be wrong, they simply could not be changed. "It's like a deck of cards, you pull a bit too much out of it, the whole thing crashes," Cliff said.
But the Standard Model is not without its problems. For example, it does not account for dark matter, which is believed to make up 95% of the universe.
On top of that, "some cracks in the Standard Model have recently been uncovered" the physicists said in a companion Science article.
"In this set of signals that the Standard Model has missing pieces, we have provided another, very interesting and somewhat larger clue" Kotwal said.
"This is either a major discovery or a problem in the analysis of the data", said Jan Stark, a physicist and director of research at the French CNRS Institute, predicting "quite heated discussions in the coming years".
"Extraordinary claims require extraordinary evidence," he said. CDF scientists said they had determined the mass of the W boson with an accuracy of 0.01% – twice as accurate as previous attempts.
He compared this to measuring the weight of a 350 kg (800 lb) gorilla to within 40g (1.5 oz).
He found that it differed from the Standard Model's prediction by seven standard deviations, also known as sigma.
"If this is real, and not some systematic bias or misunderstanding to calculate, then it is a big deal because it would mean that there is a new fundamental component to our universe that we haven't discovered before."
However, he continued: "If you're going to say something like we've broken the Standard Model of particle physics, and there are new particles to be discovered, to convince people that you probably need more than one measurement".
CDF co-spokesperson David Toback said: "It is now up to the theoretical physics community and other experiments to follow up and shed light on this mystery".
Cosmology & Astrophysics