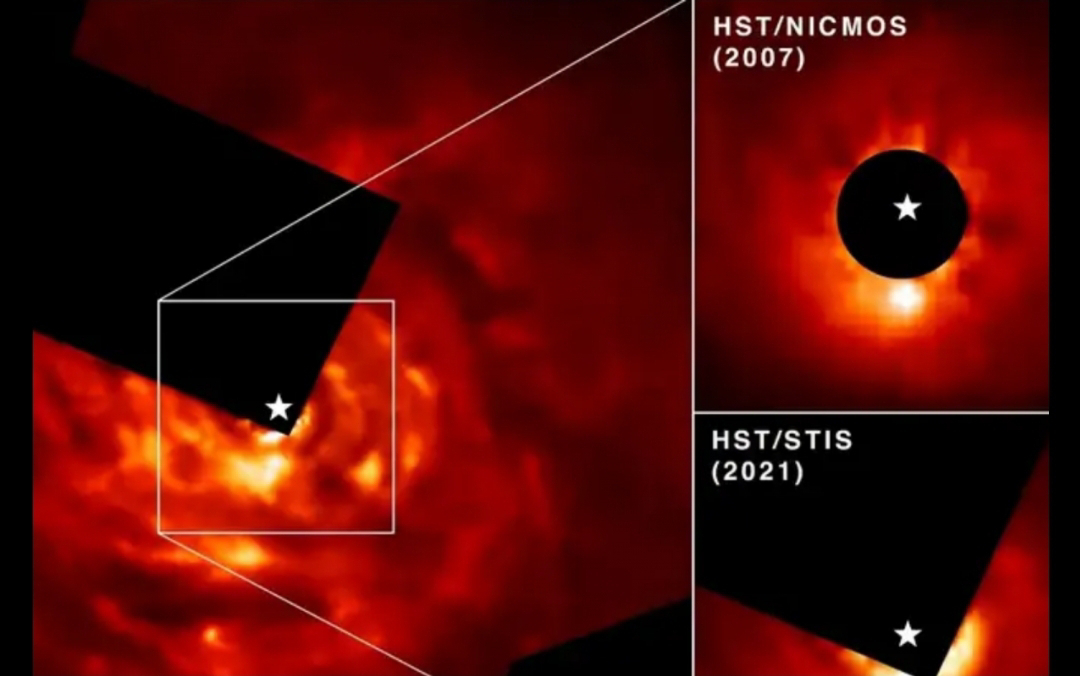 Recently, NASA's Hubble Space Telescope has taken a direct picture of protoplanet like Jupiter. This can be called a great progress in the development of astronomy.
NASA researchers say that a protoplanet named AB Aurigae b is going through a rapid and violent process.
This discovery may settle a theory related to planet formation that has been debated for a long time. The main issue is how planets like Jupiter create the disk instability process.
Embedded in the womb of a protoplanetary disk abundant in dust and gas, the protoplanet is already about nine times more massive than Jupiter.
While the cosmic entity was initially suspected to be a planet, scientists confirmed its existence because AB Aurigae, the giant disk of dust and gas swirling around the star, was found to be tilted nearly face-to-face as seen from Earth.
This remarkably young planet came into existence when scientists combined data from the Hubble Telescope with the Subaru Telescope on the summit of Mauna Kea, Hawaii.
The term protoplanet is used for a planet that is currently going through the process of its evolution. This protoplanet is gaining its shape through a process called "disk instability."
NASA explains that disk instability is the process in which a massive disk around a star cools, and gravity causes it to rapidly split into one or more planet-mass fragments.
Interestingly, the dusty disk with a distinct spiral structure revolving around a young star is about 2 million years old, the same age as our solar system when planet formation began.
What's more, this Jupiter-like world orbits its star from a distance of 8.6 billion miles, which is more than twice as far from the Sun as Pluto.
Scientists believe that because of such a great distance, even a Jupiter-sized planet could not form through core accretion.
Core accretion is a process that occurs when planets embedded in the disk grow from smaller objects, ranging in size from dust grains to boulders, collide and clump together as they orbit a star.
Through this the researchers concluded that the new protoplanet formed through "disk instability". "Nature is clever enough, it can produce planets in different ways," said the study's lead researcher, Thayne Curie, according to a NASA statement.
Reflecting further on planet formation, Alan Boss of the Carnegie Institution of Science said, "This new discovery is strong evidence that some gas giant planets may have formed by 'disk instability' mechanisms.
Hubble Space Telescope - HST