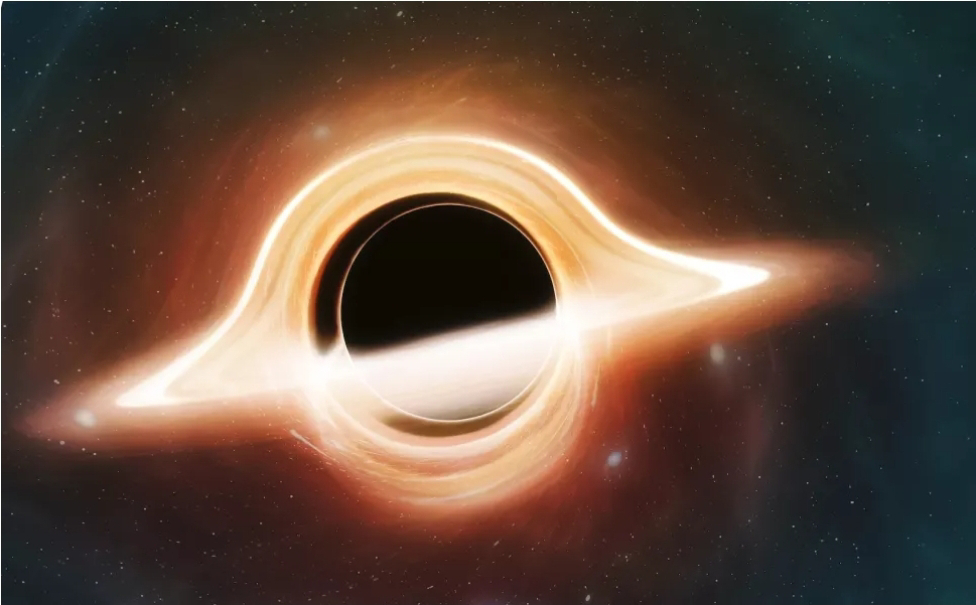 There is a reason why black holes are known as the worst monsters in the universe. That reason is once again exposed in a new survey.
This survey suggests that more than 100 galaxies shows that these massive objects that don't even let in light, are swallowing thousands of stars to gain weight.
The survey was carried out using the Chandra X-ray Observatory, which revealed evolution in our cosmic neighborhood in a survey of 108 galaxies.
A black hole is formed by the death of a star with such a high gravitational field that this material is trapped in the small space beneath the dead star, trapping the light of the dead star.
Gravity is so strong because of matter being squeezed into a small space. Since no light can pass through, people cannot see a black hole. They are not visible.
Survey results reveal the violent path taken by the black hole in the vastness of space to reach its current size.
Which NASA describes as 'stellar destruction on a scale rarely seen before'.
Using Chandra X-rays and the Hubble Telescope, astronomers have released images of four of 29 galaxies, showing evidence of growing black holes near their centers.
They observed very dense clusters of stars in the centers of galaxies. The study has been released in a preprint on Xreave and has been accepted for publication in The Astrophysical Journal.
Theoretical work by the team implies that if the density of stars in a cluster – the number packed into a given volume – is above a threshold value.
A stellar-mass black hole at the center of the cluster will undergo rapid evolution because  It pulls in, cuts through and brings abundant neighboring stars closer together.
Astronomers have so far made detailed studies of two different classes of black holes, including 'stellar-mass' black holes.
Which typically weigh between 5 and 30 times the mass of the Sun, and supermassive black holes, which are the most massive black holes.
Live in the middle of large galaxies.
Whose mass is millions or billions of times greater than that of our Sun.
However, recent studies also point to a new in-between class called intermediate-mass black holes - IMBHs.
The latest observations suggest that such IMBHs are likely through the rapid evolution of stellar-mass black holes.
The process suggested by the latest Chandra study could have happened at any time in the history of the universe.
Meaning that intermediate-mass black holes could have formed billions of years after the Big Bang, up to the present day.
Black Hole & Quasars