Researchers find what might be the most distant galaxy yet 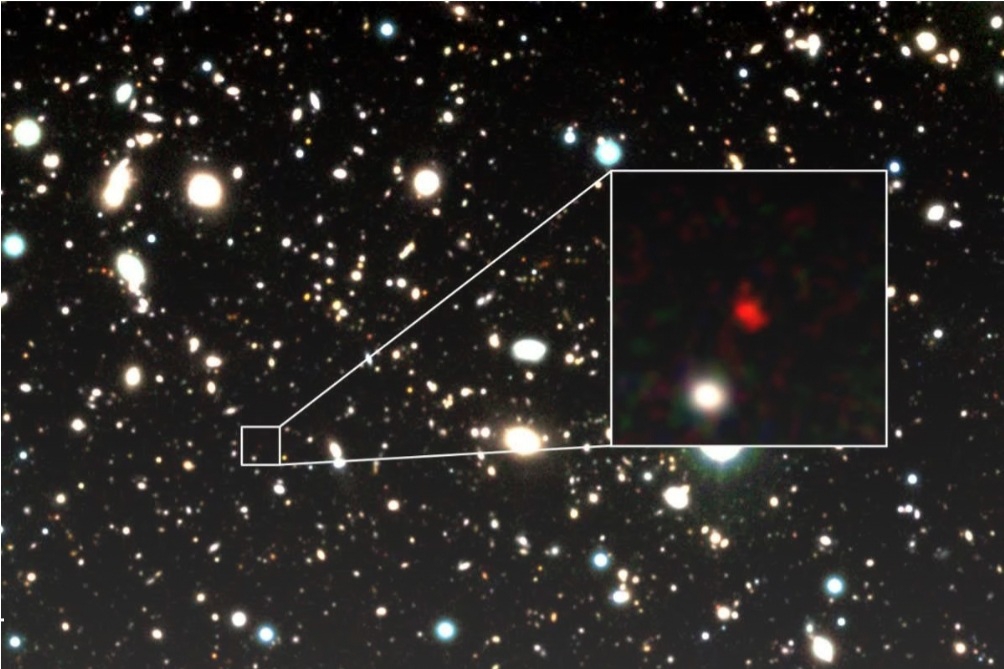 Recently, NASA's Hubble Telescope discovered the farthest star, Erandal.
It came into existence soon after the Big Bang. With the help of several ground-based telescopes, including NASA's Spitzer and Japan's Subaru Telescope.
The galaxy has been discovered at possibly the farthest distance.
Two new studies published on April 7 claim to have discovered a galaxy that evolved in the early evolution of the universe (soon after the Big Bang).
It may be the farthest object ever discovered. But right now, not much can be said about this cosmic object.
Its true nature remains quite mysterious. It may be located about 13.5 billion light years away from us.
If it is fully confirmed, it could be the farthest galaxy in the universe. It is named HD1. So far, GN-Z11 is considered to be the most distant galaxy located about 13.39 billion light years away from us.
The galaxy appears super bright in the UV and gives astronomers some clues as to what's going on.
Teams offers two principles about this discovery. The first is that HD1 is a superpowered starburst galaxy.
It may be so bright because it is producing stars at a rate about 10 times higher than expected for a traditional starburst galaxy.
These stars may also be some of the earliest stars in the universe, like Erandal. They are brighter than other stars
"If we assume that these are the first, or Population III, stars produced in HD1, its properties can be explained more easily," said Fabio Pacucci, an astronomer at the Center for Astrophysics.
Alternatively, it could also be a supermassive black hole feasting on gas and dust – a violent process that creates enormous amounts of light.
The paper also describes another very distant galaxy, HD2, but because it's not very far away, it doesn't get as much limelight.
Michael Brown, an astronomer at Monash University in Australia not affiliated with the research, said the team "did a perfectly reasonable job in trying to identify these galaxies and confirm their distances," but added, "There are reasons for caution."
Brown noted the method used to calculate the distance to the galaxy, known as redshift, can sometimes occur through more than one solution.
In this example, the redshift for HD1 could be 13, which the team suggests, or it could be 4 – meaning the object is billions of light-years closer.
Confirmation of the galaxy's distance will provide impetus to explore new physical processes in the early universe, Hurricane said, as "the existence of HD1 is not expected with current theoretical models."
So how can we confirm, exactly, what an HD1 is? More data, of course.
Brown said that NASA's James Webb Space Telescope, which is gearing up to begin studying the universe in the next few months, will be able to probe HD1 and reveal more about how far away it is.
Another NASA telescope, the Nancy Grace Roman Telescope, will also help clarify the nature of HD1, but it's not due to launch until 2027 at the earliest.
If you're looking for other distant space objects, why not try Erandal?
NASA's Hubble Telescope recently spotted the star, the most distant star ever observed, at 12.9 billion light-years away.
Galaxies