Researchers made a big discovery about black holes 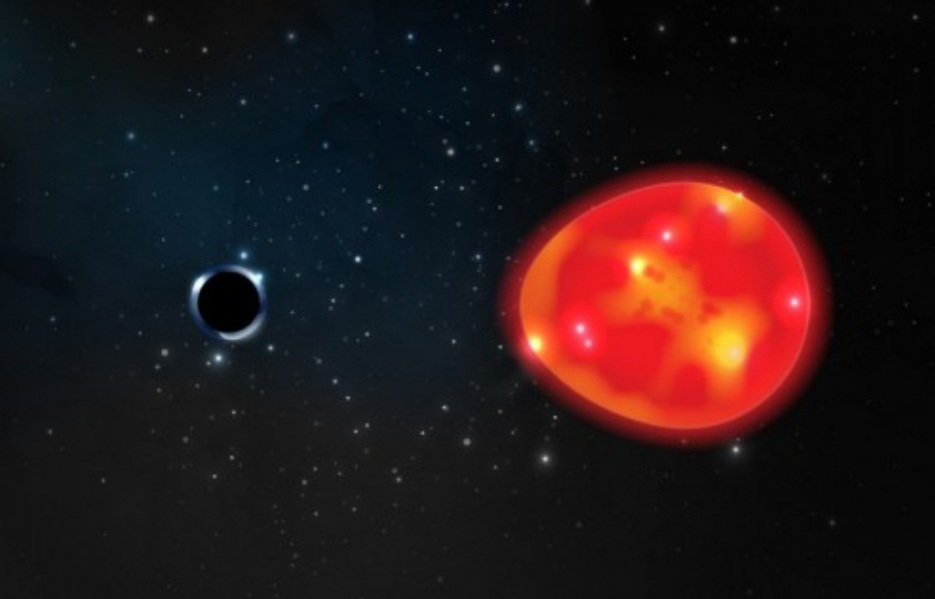 Last year, researchers at Ohio State University discovered an object that could be called the smallest black hole yet discovered.
It is located at a distance of about 1,500 light years from our planet.
Shortly after its discovery, another object was discovered at a distance of about 12,000 light years, thought to be a single mass-gap black hole or high-mass neutron star.
But these research findings proved to be wrong.
According to the report of Science News, after combining the datasets obtained from these two discoveries, it was seen that it is actually a binary star system.
What is noteworthy here is that the stars are in a never-before-seen evolutionary in stage.
Each system consists of two stars, one of which is an old red giant with a puffy atmosphere, while the other is a much smaller subgiant star in its final stages of stellar life.
Interestingly, the distance between the two stars is so small that the sub-giant appears to be sucking up the accompanying red giant material due to the gravitational pull.
In the process of accumulating more material and consequently gaining mass, the sub-giant spins rapidly.
However the phenomenon of loss of atmosphere is not unique to stars.
Earlier this year, scientists observed mini-Neptunes in the star systems TOI 560 and HD 63433, which were losing gaseous material from their puffy atmosphere and turning into super-Earths.
In the study, which was recently published in "Monthly Notices of the Royal Astronomical Society".
The team behind the latest discovery noted that giraffe and unicorn star systems offer a glimpse into a rare stage of binary star evolution that eventually gives birth to one.
Compact binary consisting of two helium white dwarfs.
Based on the available data, the team notes that the giants in each system undergo the CNO cycle (or carbon-nitrogen-oxygen cycle).
A sequence of thermonuclear reactions that serves as a source of energy radiated by hot stars.
Eventually, the unicorn and the giraffe, the two giants of the star system, begin stripping their envelopes.
The datasets also suggest that both stars in each system had the same mass – or, maybe, that the sub-giant companion may have been temporarily inflated due to accelerated accretion.
In the Giraffe system, the companion star orbits the red giant in an 81-day circular orbit, while the Unicorn follows a 60-day orbit.
The team proposes that the stars in Unicorns and Giraffes are currently in a phase of mass transfer that involves being stripped of their atmosphere.
Given the current rate and nature of mass transfer, sub-giants will eventually evolve into helium white dwarfs.
But there is also a small chance that it transforms into an SDOB star, a type of helium-rich, low the he mass is heated star.
Black Hole & Quasars