Will the storms that have been active on Jupiter for nearly 200 years ever end? 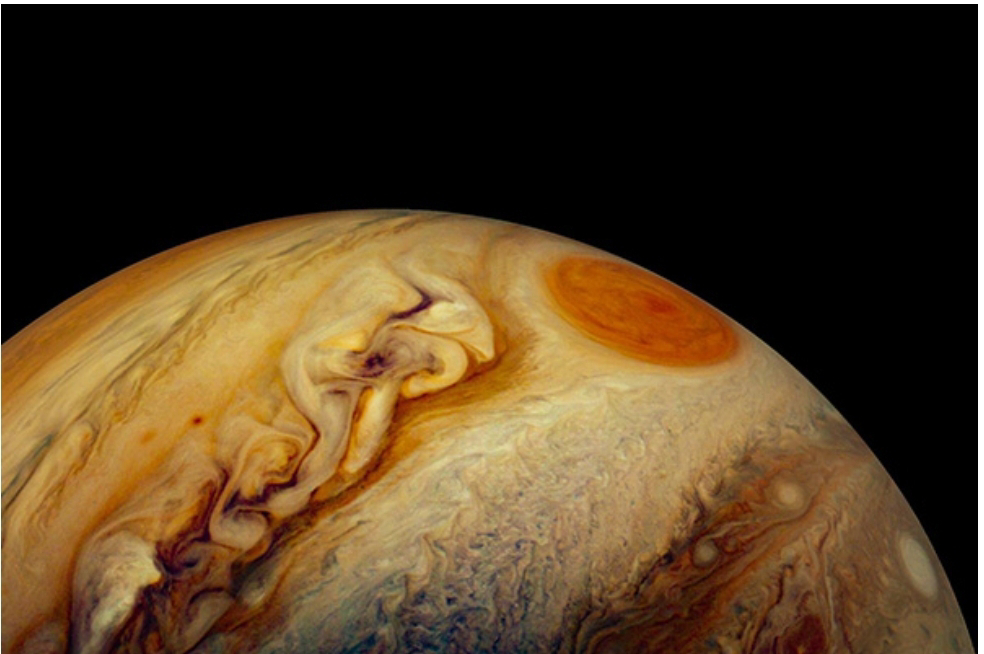 Jupiter is the largest planet in our solar system. Its weather is a very deserted nature. Images of Jupiter that reflect its beauty show striped and stormy clouds covering the planet.
Jupiter is covered with destructive storms. Some are small in size, but some are so large that they can cover the entire earth.
The biggest of these storms is the famous Great Red Spot - which you probably already know about. This place is actually a huge cyclone.
It is so large in size that 3 bodies of about the size of the Earth are absorbed in it, which is similar to the storm and cyclone that hit the Earth.
It is made of powerful winds blowing in circles, swirling like tea in a cup when you shake it. These winds are five times stronger than any hurricane on Earth.
The Great Red Spot is like Jupiter's grandfather of storms. It has been spinning for years - but recently we've seen it get smaller.
Does this mean that one day this storm will end? But not necessarily.
Storm streaks
Jupiter appears like a giant, striped ball that spins very rapidly. Light colored streaks are clouds with rising air, while dark streaks are clouds that are sinking.
When you see dark and light stripes next to each other on Jupiter, you're actually winds blowing in opposite directions.
When this happens, they can spin large cyclones, such as pushing a beach ball with one hand and pulling it with the other hand will make it spin.
Humans have been observing Jupiter's Great Red Spot for at least 200 years and it has been blowing strong winds almost the entire time.
Like all hurricanes, it can change from day to day. Sometimes round and sometimes it looks like an egg.
Its color can also change from brownish-reddish to light red. While it sometimes looks almost white.
But recently scientists have noticed the shrinking of this huge cyclone. About 100 years ago, the Great Red Spot was about three times larger than it is today.
Why is Jupiter's cyclone shrinking?
To understand why it is shrinking, it is helpful to first understand that why cyclones on Earth shrink and eventually die.
On Earth, cyclones often form over deep, warm oceans before moving onto hard land or cold water.
When cyclone winds hit hard land, the winds slow down (and so the cyclone slows down).
Cyclones on Earth are also affected by other seasons and the winds around them, which can "flake" the cyclone in a matter of days.
But Jupiter does not have a hard, rocky surface like Earth. And even though the air in Jupiter's clouds is freezing, the air inside is very hot.
This warm air gives storms plenty of energy to rage for months, or even years.
So while the Great Red Storm is shrinking, it may actually still be a little longer and has plenty of energy to keep spinning.
We can even see it "flapping" at the edges as it slams into other storms and winds around it. But astronomers still don't know if this will make it go away completely.
Some think that it could break up into several smaller storms one day.
Recently, the Juno space probe (which has been flying around Jupiter since 2016) took many beautiful pictures of Jupiter's storms while flying by the planet.
We can learn something new from these pictures. Until then, we can even admire the Great Red Spot because it looks beautiful even when it is angry.
Solar System