Breakthrough: Astronomers Took the first Picture of the Supermassive Blackhole in the Center of Milky way 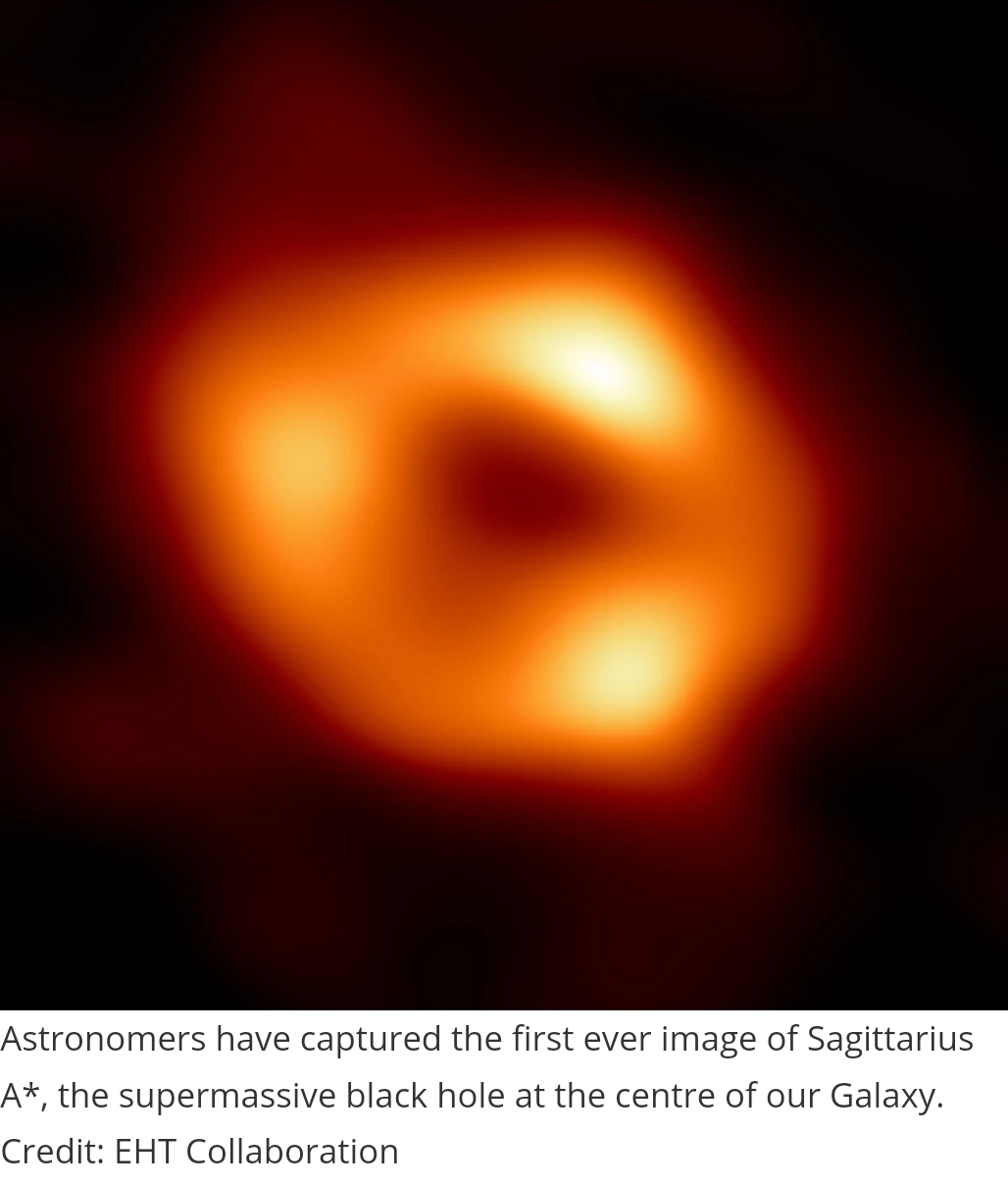 Astronomers have for the first time captured the supermassive black hole at the center of our galaxy. The massive black point at the center of Milky Way is actually a black hole.
Blackholes are points in space from which nothing can escape the force of gravity, not even light.
Astronomers believe that almost all galaxies have a supermassive black hole at their center. The black hole at the center of our galaxy is known as Sagittarius A.
It is located at a distance of about 26,000 light years from us. Its mass is about 4 million times greater than that of our Sun.
It's been a long time trying to get the first picture of it. Ultimately this success was achieved with the help of the Event Horizon Telescope Group.
This is the same telescope with which the image of the black hole present in the center of Messier-87 galaxy was taken in 2019. This was the clearest picture of a black hole so far.
Einstein predicted about gravitational lensing. According to this, light is inclined towards the center of the black hole. As can be seen in the case of Messier-87's blackhole.
"We were stunned by how well the shape of the ring agreed with predictions from Einstein's theory of general relativity," says EHT project scientist Geoffrey Bower from the Institute of Astronomy and Astrophysics, Academia Sinica, Taipei.
"These unprecedented observations have greatly improved our understanding of what happens at the center of our galaxy, and provide new insights on how these massive black holes interact with their surroundings."
Comparisons between this new image and that of the black hole in the galaxy M87 are clear, but, say the astronomers behind EHT, our galaxy's black hole is more than 1,000 times smaller and less massive than the M87 black hole.
"We have two completely different types of galaxies and two very different black hole masses, but near the edges of these black holes they look amazing," said Sera Merkoff, co-chair of the EHT Science Council and Theoretical Astrophysics says a professor from the University of Amsterdam, in the Netherlands.
"This tells us that the general relativity that governs these objects is close, and that any difference due to differences in the material that surrounds the black hole should be further away from us."
About Event Horizon Telescope - EHT
EHT uses a technique called Very Long Baseline Interferometry (VLBI), which links worldwide radio telescopes in order to make a giant radio telescope capable of imaging black holes at the center of galaxies.
By doing so, astronomers can gain great insight into black holes and how they function: what happens near a black hole's gravity, and how matter orbits and is swallowed by the black hole.
Radio dishes are placed in arid places at high altitudes, such as the Atacama Desert in Chile, the Sierra Nevada in southern Spain, Hawaii and the high volcanoes in the South Pole.
Black Hole & Quasars