Hubble Telescope captures a image of a Galaxy 2.5 times larger than Milky Way 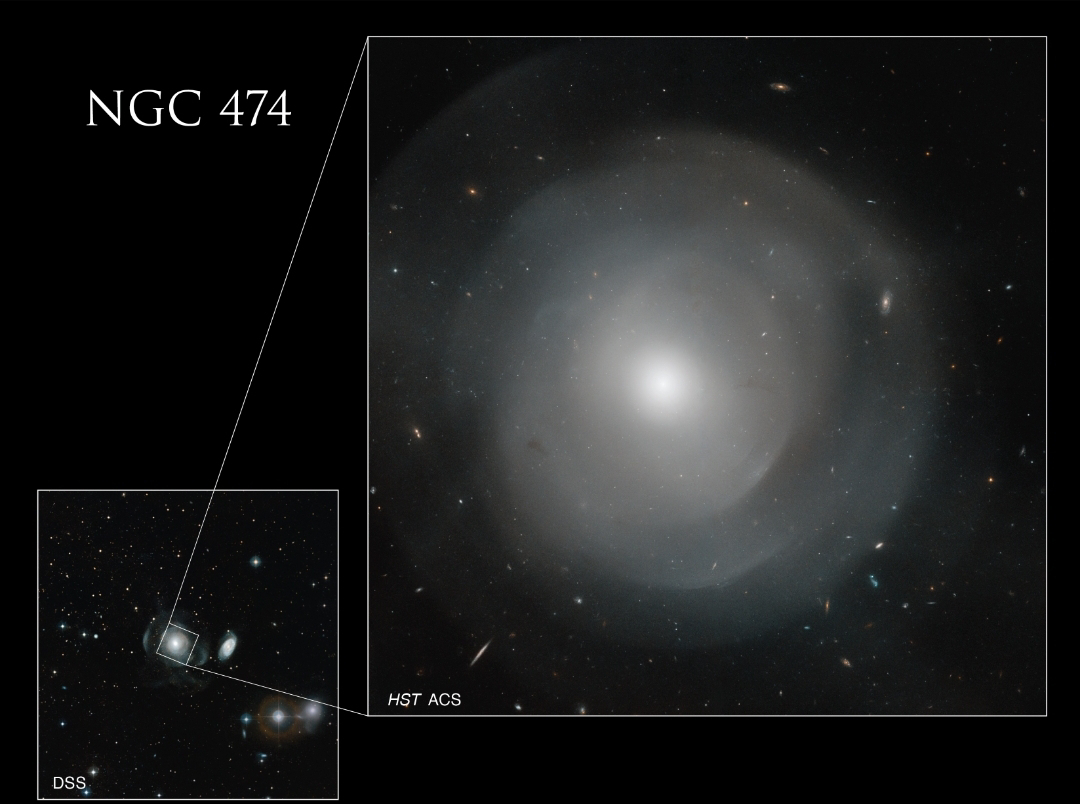 The Hubble Telescope, which is known for its power to see deep into space, has captured an astonishing and amazing image of a galaxy.
This galaxy is about two and a half times larger than our Milky Way galaxy. NGC 474, located at a distance of about 100 million light years, is spread over 250,000 light years.
According to NASA, NGC 474 consists of a series of complex layered shells covering its spherical-shaped core.
The origin of these shells is unknown, but astronomers believe that they are the result of a massive galaxy absorbing smaller galaxies.
For example, they say that it is similar to pebbles that create ripples on a pond when dropped into water, in the same way that waves created by absorbed galaxies create spheres.
Most elliptical galaxies contain galaxy clusters and globulars that are elliptical and are usually found in empty space.
However, about 10 percent of elliptical galaxies have shell structures, which may indicate that they have cannibalized their neighbors.
Data from Hubble's Advanced Camera was used to image this galaxy where it represents visible blue light and red represents near-infrared light.
NASA also used data from Hubble's Wide Field and Planetary Camera 2 and Wide Field Camera 3.
Hubble has been the eye and ear for scientists beyond Earth, looking for planets, stars, and celestial phenomena, observing the vastness of the universe.
Nearly 30 years after launch and several repair missions later, the spacecraft remains healthy and continues to observe the universe as it awaits the James Webb Telescope.
With the James Webb Space Telescope now operational, Hubble will continue to be an important asset to astronomers around the world.
Deployed on April 25, 1990, Hubble has provided us with unprecedented scientific discoveries and iconic images of space for more than three decades.
Hubble Space Telescope - HST