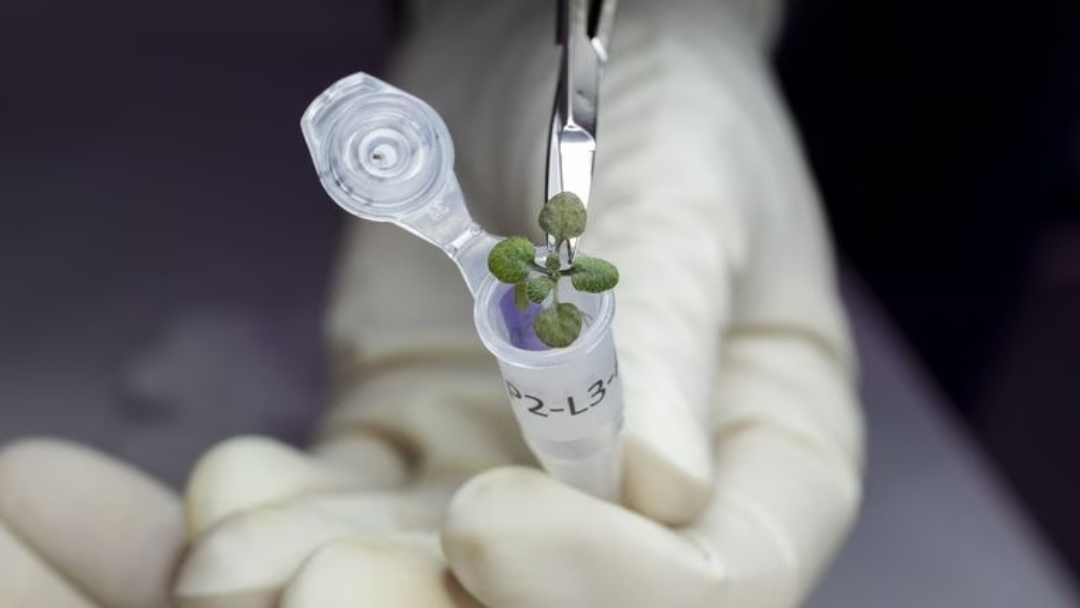 Recently, NASA scientists have succeeded in growing plants in soil brought from the moon. With this, human life on the moon can become easier.
Scientists engaged in establishing a human settlement on the moon are hopeful that soon crops can be grown on the moon.
Scientists have been trying for a long time to grow plants in rocky soil brought from the moon.
According to the study published in the Journal of Communications Biology, this soil was brought in two boxes from the Moon during the Apollo missions.
Flowering plants were grown in this soil. The soil was getting water and air from the earth. The seed began to germinate in the soil of the moon.
According to NASA chief Bill Nelson, it is critical to the goals of human research. In the future, we will be able to use the resources of the Moon and Mars to develop a food source for astronauts.
Anna Lisa Paul and Professor Robert Furl told that they had found 12 grams of soil from the moon. Experiments were conducted on this soil for 11 years.
It was quite a challenge to grow plants in such a small soil, but still got success.
After six days the plants started growing slowly and after 20 days they were found like normal plants in the DNA test of the plants.
This soil was brought during Apollo missions 11, 12, 17. According to Professor Anna Lisa Paul at the University of Florida, No pathogens (substances that harm land animals and plants) are found in the soil of the moon.
In the past also, plants have been grown in the soil of the moon, but in the plants that were grown earlier, only the soil of the moon was sticked. This time plants were grown in the soil of the moon.
Solar System