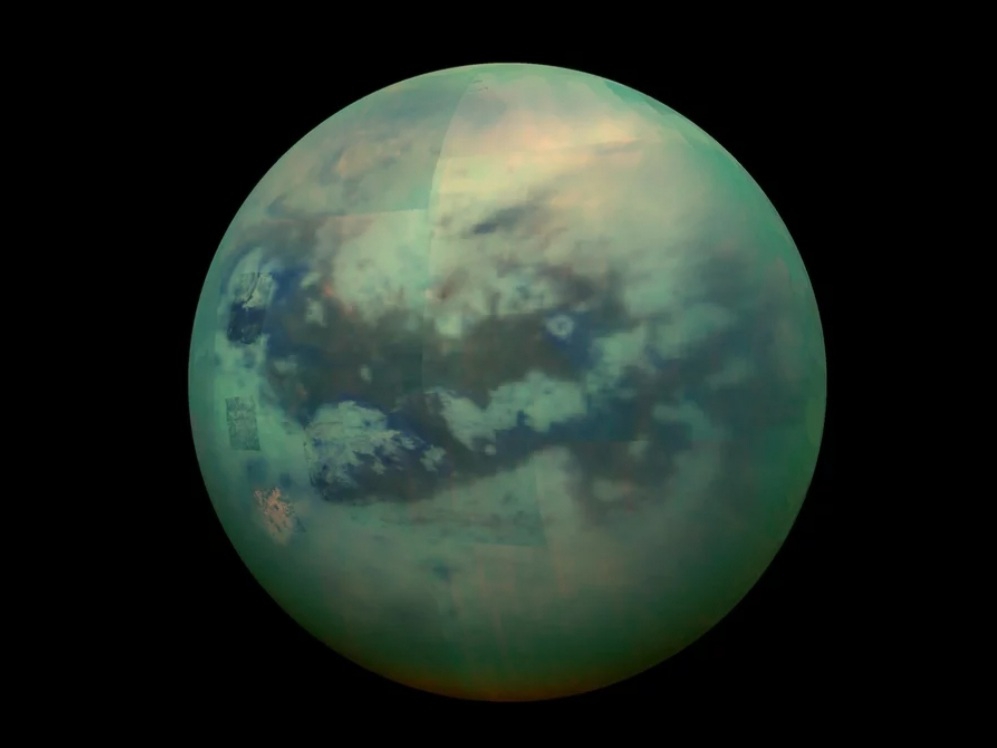 There is a moon near the rocky rings of Saturn about a billion miles from our planet. Clean lakes and rivers are present here which add to the natural beauty of this moon.
It has organic molecules on its soil that play an important role for planetary life. Earth-like clouds are present in its atmosphere. Thus, it is a prime place to look for alien life.
It is the closest of the properties of other Earth-like worlds discovered so far. Perhaps by now you must have understood that which moon of Saturn we are talking about - Titan.
Its special feature is that many of its characteristics comply with such things as 'Earth-like'.
The fluids flowing on Titan are filled with methane instead of water. If we take a dip in it, our body will burn to a great extent.
If we drink it, we will suffocate. But that's because our body is made of earth based chemicals.
But the same organic matter may not be necessary for alien life as is necessary for Earth. It may also be that Titan's organic material is favorable for extraterrestrial life.
It could be something similar, when the early life began on Earth, the atmosphere was not as it is today.
In search of such strange Titan-esque lifeforms, a group of scientists modeled the moon's wacky environment to better understand how it works, arguing that we need to know about Titan's landscape history before picking out where aliens might reside.
They published a paper on their research this month in the journal Geophysical Research Letters.
More specifically, they studied the way sedimentary processes - various ways land can change over time - could've led to Titan's caves, canyons and sand dunes.
'If we understand how the different pieces of the puzzle fit together, and their mechanics, then we can start using the landforms left behind by those sedimentary processes to say something about the climate or the geological history of Titan'.
And, how they could impact the prospect for life on Titan" Mathieu Lapôtre, a geologist at Stanford's School of Earth, Energy & Environmental Sciences, told in a statement.
Solar System