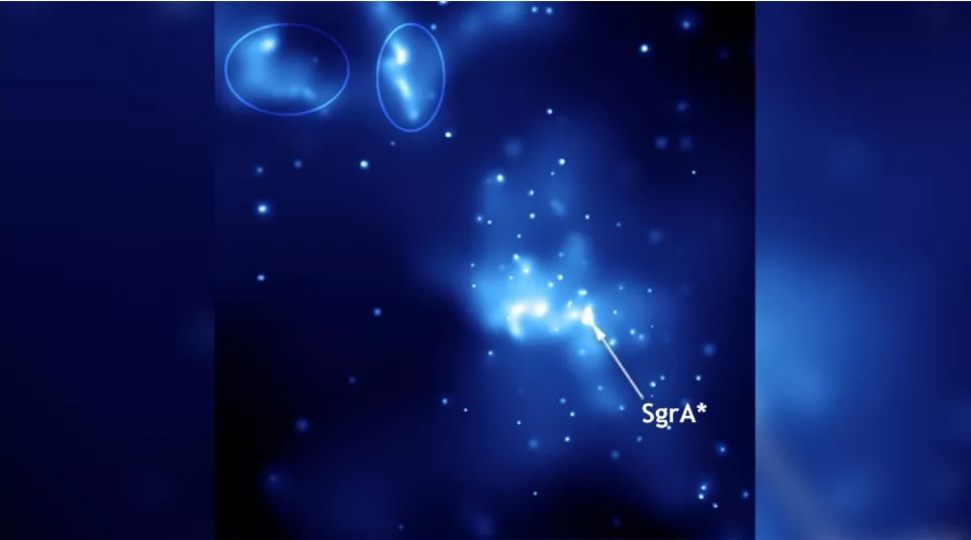 Sagittarius A which is also commonly known as Sgr A. At the center of our spiral-shaped galaxy is a supermassive black hole.
This black hole is generally dormant but occasionally absorbs dust and gas by its gravitational force.
But still, its estimated mass is millions of times greater than that of our Sun.
Many black holes are hidden about this blackhole, but astronomers are going to uncover something new about them soon.
Although astronomers detected the supermassive blackhole at the center of the Messier-87 (M-87) galaxy, it took a little longer for the Milky Way's black hole.
With the help of the Event Horizon Telescope, a lot of mystery remains to be revealed about the black hole of the Milky Way.
So far, all we know is that stellar-mass black holes are formed when stars stop their nuclear fusion. But nothing can be said about the black hole at the center of the Milky Way, how it was formed?
In the year 2008, astronomers Reinhart Genzel and Andrea Gage determined the size of Sagittarius to be about 4.3 million times the mass of our Sun.
Astronomers also calculated its diameter, according to which its diameter is about 14.6 million miles. It is very small compared to the size of the Milky Way.
This galaxy is spread over 100,000 light years and its thickness is estimated to be around 1,000 light years.
Surrounding this black hole is a disk made of gas which is 5 to 30 light years wide.
There is still a lot to know about this black hole. Its first image taken by the Event Horizon Telescope may reveal not only about our galaxy's black hole but also other related mysteries.
Our galaxy is about 13.6 billion years old. Everything in this galaxy revolves around Sagittarius, which includes our solar system.
The distance of Sagittarius from our solar system is about 26,000 light years.
Black Hole & Quasars