A Comet Exploded in 2007, The Dust Generated by It, touched to Earth this Year 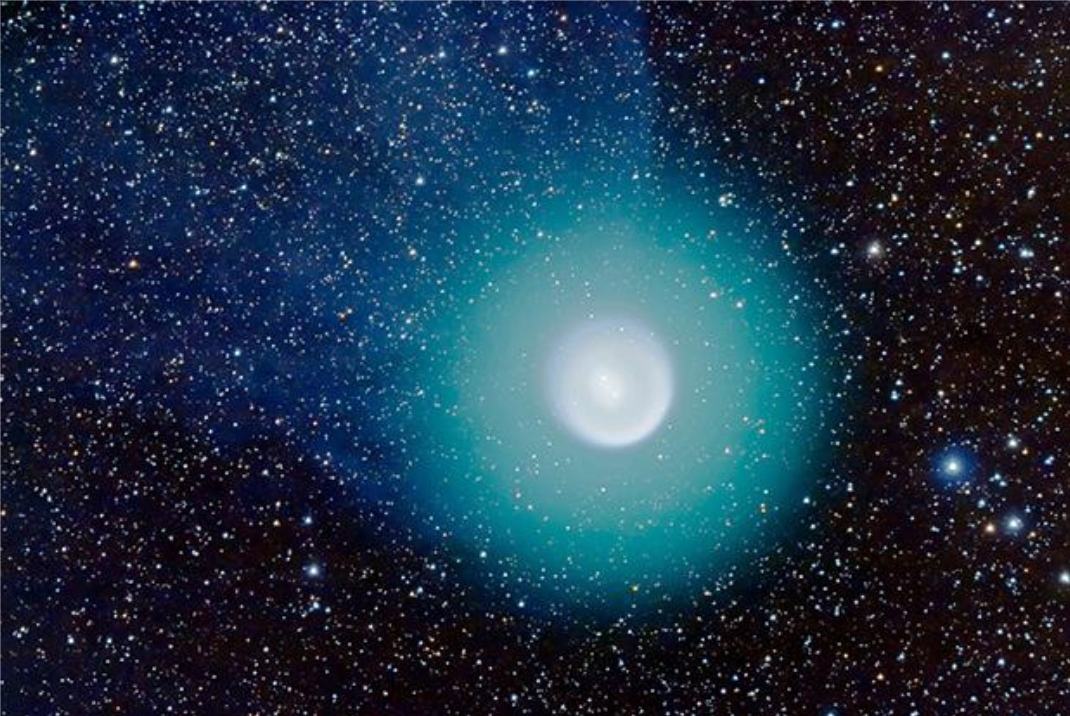 After a total lunar eclipse and a mild meteor storm, stargazers may experience a rare event, when a splash of dust from a comet's explosion reaches the inner solar system.
This comet erupted in 2007 and since then the explosion has been sweeping across the universe, making its way toward Earth this year.
Comet 17P/HOLMES exploded in 2007, releasing a giant flash of gas and dust, blazing by a factor of a million and briefly becoming the largest object in the Solar System.
The explosion in October of that year is the largest known explosion ever by a comet.
In a study published in Monthly Notices of the Royal Astronomical Society, researchers describe the evolution of traces of dust produced in this event.
"We make predictions for two-revolution dust trail behavior near the outburst point, which should be detected in 2022 using ground-based telescopes," the researchers said in the paper.
Led by researchers from the Finnish Geospatial Research Institute in Finland, the team calculated when and where the trail of dust particles produced in this event could be seen from Earth.
Maria Gritsevich, a senior researcher at the institute, said that during the explosion a huge number of particles emanating from the comet's coma spread in elliptical orbits around the Sun.
Which provides a unique opportunity to study cometary material and the team has developed a new model to realistically describe the evolution of traces of cometary dust.
The researchers predict that traces of dust produced by the comet's explosion should be detectable using modest ground-based telescopes even in August 2022, already starting in late July.
Amateur astronomers can observe the dust trail with at least a 30 cm telescope, which is equipped with a CCD camera, the team said in a statement.
The team has already observed the dust trail and the paper details the hourglass patterns formed by the particles in the comet's trail.
The observations revealed that the particle-cloud forms a cyclic 'hourglass' pattern, which converges at specific points in space.
"I have been modeling well-known meteor streams such as the Leonids since 2000 using modern simulation methods.
In this study, we have also modeled the precise eruption event of Comet 17P/Holmes and the spread of the dust particles produced. Dust trace with high precision.
This is the first time that these two models have been combined and in such a high-precision manner they result in novel powerful models," Researcher said.
Comet 17P/Holmes was first detected by the Hubble Space Telescope on 15 June 1999, when there was almost no dust shroud around the nucleus.
At that time, astronomers found that the comet's nucleus was just 3.4 kilometers wide.
In 2007, Hubble once again observed the comet to find out why it suddenly brightened and monitored the object for several days using its Wide Field Planetary Camera 2 (WFPC2).
What Hubble observed was different from dust along a north-south direction (vertical direction) with an east-west direction (horizontal direction), giving the comet a "bow-tie" appearance.
The comet was 149 million miles from Earth at the time of the explosion.
Miscellaneous