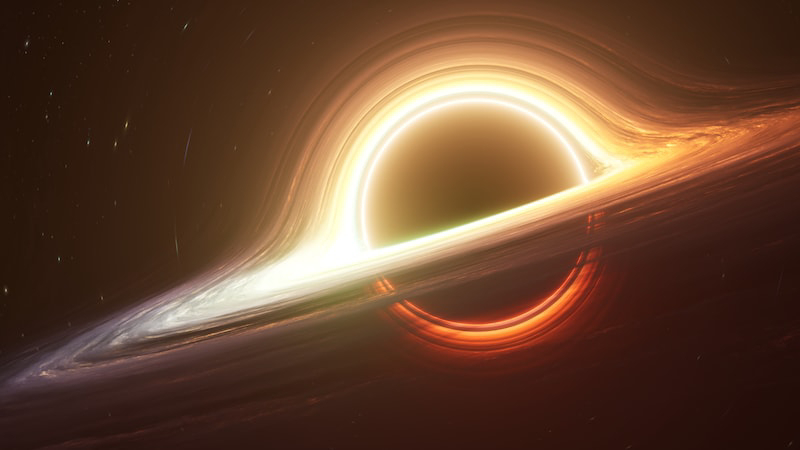 An international team of astronomers including India has discovered one of the most luminous and energetic objects in the universe - a binary supermassive black hole.
The death of a star with a high gravitational field results in the formation of a black hole, which is concentrated in the small space beneath the dead star, trapping its light.
The object found in the middle of a distant space was inside a blazer, known for its sheer brilliance.
When the jet, made of ionized material traveling at nearly the speed of light, is pointed towards an observer, it is called a blazer.
These blazars are unique in that they are gravitationally lensed by intermediate galaxies, a phenomenon by which distant light is bent and pulled by the gravity of an object between its source and the observer.
Astronomers from Argentina, Spain, Italy, United States and India discovered a binary supermassive black hole system in a gravitational lensed blazer.
They have studied and used extensive optical photometric observations made around the world during the last four decades (1982 - 2019).
The team discovered periodic double-peak flaring events at intervals of about 8 years, and the separation between the two peaks of these flares is about 2 years.
Having observed five such events, they have now launched a global optical photometric monitoring campaign called the Whole Earth Blazer Telescope (WEBT).
The team detected five sets of double-peak flaring activities during the time frame: January 1982 - October 1984, March 1989 - July 1993, April 1996 - March 2001, June 2006 - June 2009, and May 2014 - May 2017.
And, the next such event will take place between November 2022 and May 2025. The study is published in the journal Monthly Notices of the Royal Astronomical Society.
Dr. Alok C Gupta, Senior Scientist from Aryabhatta Research Institute of Observational Sciences (ARIES), Nainital, participated in the study conducted on behalf of India.
The Ministry of Science (India) said that astronomers expect the next two-year long episodes to occur between November 2022 and May 2025.
An intense multi-wavelength WEBT campaign will be conducted during this period.
Blazer AO 0235+164 is the first binary SMBH gravitational lens system, which will be a strong candidate of its kind for future detection of gravitational waves (GWs) using the pulsar timing array and future space-based GW detectors.
Black Hole & Quasars