Astronomers May Have Discovered the First Rotating Black Hole 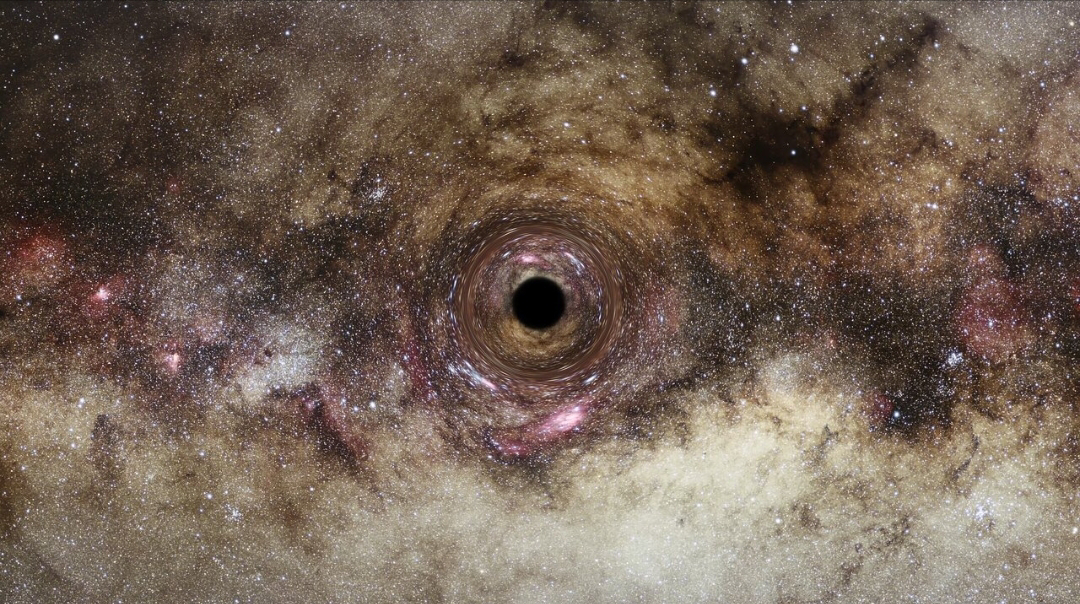 Astronomers may have accomplished the seemingly impossible task.
And for the first time they have seen a wandering stellar mass blackhole.
Black holes themselves are invisible in nature. Their gravitational force is so strong that it does not allow any object to pass through it, not even light.
During the last few years, international collaboration through the Event Horizon Telescope has been able to take pictures of black holes.
Recently, the first picture of the black hole at the center of Milky Way was released.
When we look at images of blackholes, we see light which is actually the disk of hot gases and material circling around the blackhole.
Occasionally, black holes are apparent because there are many stars orbiting it.
As can be seen in the case of the black hole at the center of the Milky Way.
Scientists believe that hundreds or millions or more of stellar mass black holes are flowing in different corners of the universe.
This was done by first observing how the same force distorts light from a more distant star, a phenomenon known as gravitational microlensing.
"This is the first free-floating blackhole or neutron star discovered with gravitational microlensing" Jessica Lu
She is the professor of astronomy at the University of California, Berkeley, said in a statement.
She adds, 'With the help of microlensing, we are able to test these single compact objects, measure their weight.
I think we have opened a new window on these dark objects, which cannot be seen any other way'
Lu has led one of the two teams studying. These teams analyzed data similar to the microlensing event observed by NASA's Hubble Telescope.
His analysis has been accepted for future issues to be issued by The Astrophysical Journal.
In Baltimore, a team calculated a slightly different mass for the object and concluded with confidence that it was definitely a blackhole.
This research will be published in The Astrophysical Journal.
'We would just like to say that this is definitely a black hole, we should report all accepted solutions.
It also includes a low-mass black hole and possibly a neutron star,' Lu said.
According to the estimates of the researchers, its mass is between 1.6 to 7.1 solar masses.
The low mass gives rise to the possibility that it could be a neutron star.
Whatever this object is, it is about 5,000 light-years away from us, so there's little concern about it sneaking up on us anytime soon.
Black Hole & Quasars