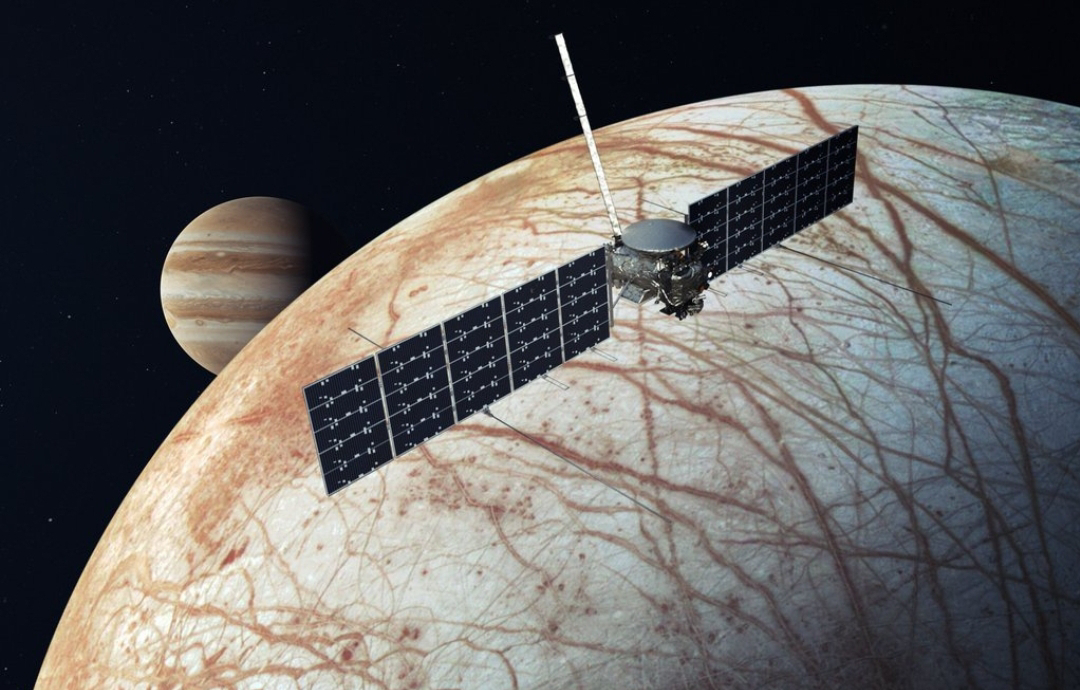 It is an aluminum cylinder which is almost the same size as an SUV car. It is almost as high as a regulation basketball hoop.
It will have solar arrays that, when expanded, will almost cover a basketball court.
It is the largest NASA spacecraft ever designed to send a mission to a planet.
In October 2024, it will be sent to travel to the extraterrestrial world.
Actually, what we are talking about is Clipper and it will be sent for the exploration of Jupiter's icy moon 'Europa'.
On Tuesday, NASA released images of Clipper's outer body. NASA said about Clipper, 'This is a huge milestone for the ambitious mission'.
"This delivery brings us one step closer to launch and the Europa Clipper science investigation," Jordan Evans, mission project manager at NASA JPL, said in a statement.
NASA has also shared a video of the clipper being taken from its birthplace at the John Hopkins Applied Physics Lab to the icy white clean rooms of JPL, which piques our curiosity.
Why does Europa lead the quest to find Aliens?
Europa is the smallest of the four moons of Jupiter. But it is highly discussed in the scientific community.
It is one of the few places in our solar system where the possibility of alien life is expressed.
Studies done about Europa conclude that it has all the necessary promising conditions to support life in a cold floating area.
According to researchers, Europa is about 90 percent the size of our own moon.
It has indications of the presence of chemical elements such as carbon and hydrogen to host living beings.
Also, there is a huge amount of water on Europa. According to an estimate, Europa contains almost twice as much water as all the oceans on Earth.
According to NASA, life forms of Europa can range from microbes to more complex creatures.
But the agency insists that something on Europa is probably alive and intriguing.
What will the Clipper mission do?
Once complete, Clipper will be embedded with nine science instruments to collect data on Europa's atmosphere, surface and interior.
It will take about six years for Clipper to reach Europa. During this, the vehicle will travel 1.8 billion miles or 2.9 billion kilometers.
Once there, Clipper will begin investigating Europa's mysteries.
Clipper will provide scientific information about the depth of Europa's oceans, the acidity, the thickness of the ice layer,
And other ingredients necessary for the possibility of life, including the atmosphere.
The team working on this mission says that by the end of 2022, all the phases related to the preparations for this mission will be completed.
If all the apprehensions about Europa hold true, we may have the first evidence of alien life in 2031.
In the 2020 outline of the Clipper mission, NASA clearly said that we are on the verge of finding out which could be the best place to look for life in our solar system beyond Earth.
From the studies so far it is clear that that place could be Jupiter's moon 'Europa'.
Space Missions