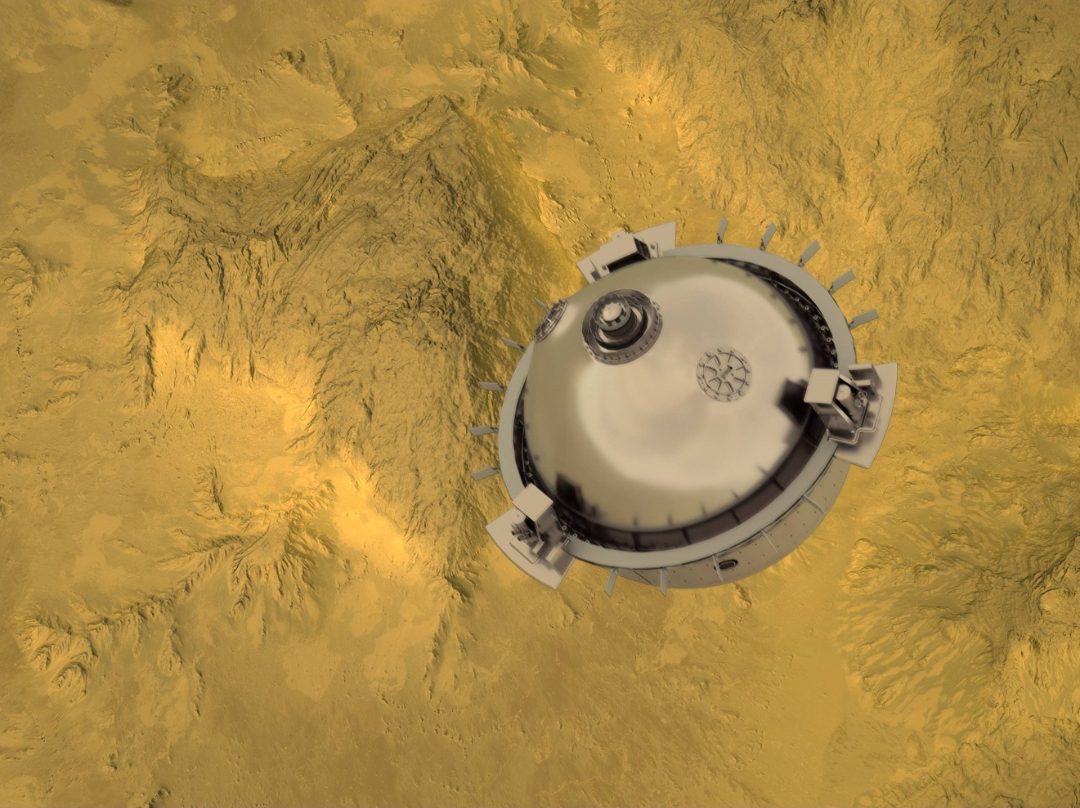 Mars is our first destination in our desire to become an interplanetary, but after Mars, our space missions can be focused on Venus.
Because the space agency has started planning to send missions to Venus.
However, it will be a significant challenge to find out about the biological and chemical compositions there before sending a full manned mission.
That will something like we are doing in the case of Mars with the Mars rovers from different space agencies.
Deep Atmosphere Venus Investigation of Noble Gas, Chemistry, and Imaging (DAVINCI) will be launched in 2029 to find out the scientific composition of Venus.
A dedicated instrument will be installed in this spacecraft to detect the amount of oxygen present on the surface of Venus.
It will be equipped with Venus Oxygen Fugacity (VfOx), a small and button-sized device that will conduct ground breaking measurements.
According to NASA, by analyzing the measurements obtained from VfOx, scientists will try to find out for the first time which mineral is most stable on the surface of Venus in the highland.
Vinus Oxygen Fugacity (VfOx) is being developed by a team of graduate students. Keeping in mind the atmosphere of Venus, it is being designed for the DaVinci mission.
This sensor will be placed outside the descent sphere, from where it will measure the partial pressure and opacity of oxygen in the deep atmosphere under the clouds of Venus.
The descent probe will enter Venus approximately two years after it reaches the orbit of Venus, ingesting and analyzing atmospheric gases and collecting images.
As it descends on the planet's surface in the Alpha Regio region.
The VfOx will work similarly to the oxygen sensor in many automobile engines, which measures the amount of oxygen in the fuel system relative to other components of the fuel.
"Understanding how much oxygen is present in Venus' atmosphere will be important in preparing to image Venus-like worlds beyond our solar system with JWST and future observatories.
How much oxygen is in Venus' deepest atmosphere will help scientists study these distant worlds," NASA said in a statement.
What is Davinci Mission?
The DaVinci mission will measure the composition of Venus's atmosphere to understand how it formed and evolved.
As well as determine whether oceans ever existed on the planet.
The mission's main goal will be to find the first clues to the possibility of life on Venus.
Venus and Earth are nearly identical in size and density, so hypothetically, these planets may be very similar. Nevertheless, they differ.
The spacecraft's goal will be to detect signs of changes on Venus that could be replicated on Earth due to climate change.
DAVINCI+, like its namesake, will deliver the first high-resolution images of Venus and detailing its geological features.
Which may be comparable to those of Earth's continents, suggesting that Venus has plate tectonics.
Recommended ⬇️
There May Be Four Alien Civilizations in Milky Way with Hostile Malice Mastering Interstellar Travel
Space Missions