This Black Hole is Consuming One Earth Every Second 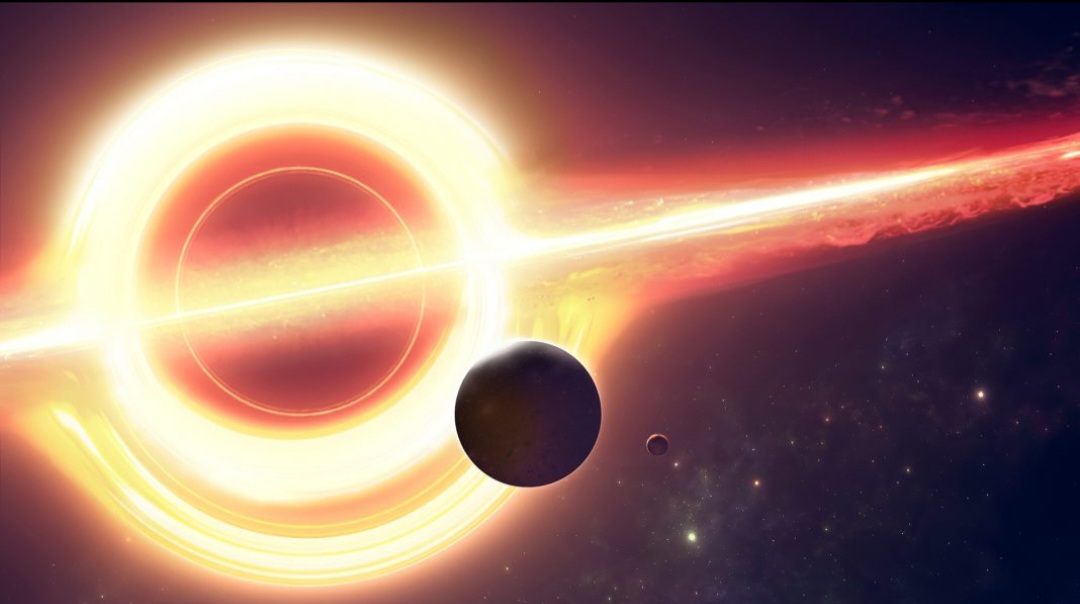 Astronomers have detected for the first time the fastest growing black hole in the past nine billion years. This black hole is growing so fast that it consumes the equivalent of one Earth every second.
Describing it as a "very large, unpredictable needle in a haystack" researchers at the Australian National University - ANU have said that the villainous object shines 7,000 times brighter than all the light from our own galaxy like a shining star.
The findings of this research have been published in arXiv and presented to Publications of the Astronomical Society of Australia.
The object was identified by its optical colors from the Skymapper Southern Survey (SMSS) during the search for symbiotic binary stars. "Astronomers have been searching for objects like this for more than 50 years.
They have discovered thousands of faint ones, but this surprisingly bright one has gone unnoticed," lead researcher Dr. Christopher Onken said in a statement.
They said they now want to know why it is different - did something sinister happen?
Researchers speculate that one of the reasons behind its enormous size may be that two large galaxies collided with each other, funneling out a lot of material to feed the black hole.
The death of a star with such a high gravitational field results in the formation of a black hole, which traps the light of the dead star in the small space beneath it.
Gravity is so strong because of matter being squeezed into a small space. Since no light can pass through, people cannot see a black hole. Barring a few exceptions, all black holes are invisible in nature.
The black hole identified by Australian researchers has a visual magnitude of 14.5 – a measure of how bright an object appears to an observer on Earth.
This means that it can be seen comfortably by anyone with a decent telescope in the dark night. Anu Ph.D. "It is about 500 times larger than the black hole at the center of our own galaxy," said researcher Samuel Lai, a co-author of the study.
The orbits of the planets in our solar system would all fit inside its event horizon - the boundary of the black hole from which nothing can escape."
Astronomers recently captured the first image of the black hole at the center of the our galaxy (Milky Way), Sagittarius A*.
The team used an Earth-sized telescope to capture the black hole. Sgr A* is located at the center of our Milky Way Milky Way and its located at a distance of about 27,000 light-years from us.
Australian researchers are confident their record will be unbroken, adding, "We have essentially run out of sky where strange objects like this might be hiding".
Black Hole & Quasars