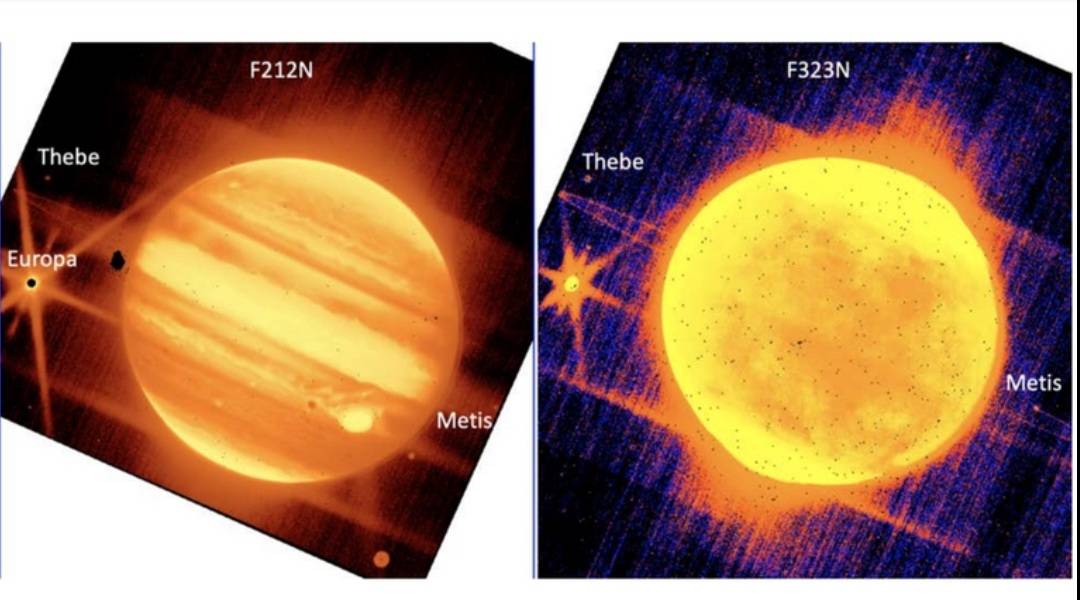 On July 12, NASA unveiled science quality images taken by James Webb. The distant universe was depicted in a detailed manner in these photographs. That is, the James Webb Space Telescope did what Hubble or other telescopes could not do.
Webb took pictures of Jupiter on July 14. Webb can study the celestial bodies existed in our solar system with the great accuracy.
"Deep-field images demonstrate a more complete understanding of what Webb can see from the faintest, most distant observable galaxies to planets in our solar system that you can see with the naked eye," Brian Holler, a scientist at the Space Telescope Science Institute in Baltimore who helped plan the Jupiter observations, said in a statement.
Photos of Jupiter were captured during Webb's commissioning, when members of the mission team were examining the observatory's four science instruments and other systems. Commissioning ended earlier this week, and James Webb officially began science operations Tuesday.
Webb launched on December 25, 2021, this telescope is designed to look deeper into the past of the universe, studying stars and galaxies came existence a few million years later after Big Bang.
But the infrared observatory is a highly capable multi-purpose instrument, and astronomers will use it to probe a variety of cosmic objects and phenomena – including some in our own solar system, as photos of Jupiter show.
Those photos are quite detailed, capturing the giant planet's cloud bands, its famous Great Red Spot, and even some of its faint rings.
The images also show several of Jupiter's moons, including Europa, a cold world that boasts vast oceans beneath its icy shell.
Stephanie Milam, Webb's deputy project scientist for planetary science based at NASA's Goddard Space Flight Center in Greenbelt, Maryland, said in the same statement, "I couldn't believe we saw everything so clearly, and how many  were bright." "It's really quite exciting to think about the potential and the opportunity we have to see these kinds of objects in our solar system."
The Webb team also observed several asteroids during commissioning, which test the telescope's capabilities to study fast-moving targets. Team members said that Webb passed these tests with flying colors.
James Webb Space Telescope - JWST