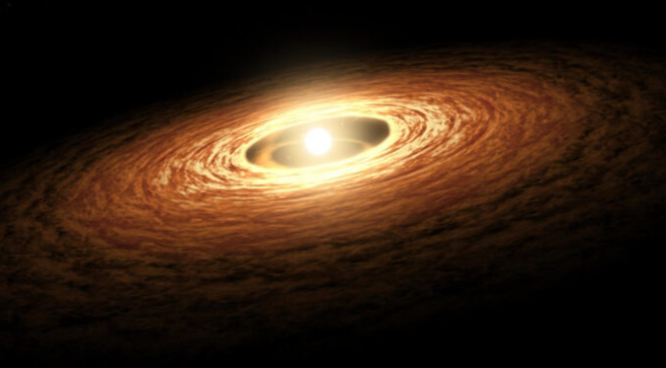 Rock samples taken from the asteroid Ryugu, located in near-Earth solar orbit, they predate the solar system, when our solar system didn't even exist.
New analysis of asteroid Ryugu has revealed the presence of lattice mineral grains in the outflows or explosions of older stars before the formation of the center of our solar system (the Sun).
As reported in earlier research, these presolar grains suggest that Ryugu is similar to a class of meteorites known as Ivuna type carbonaceous chondrites.
'Pre-solar stardust grains are present in a piece of rock brought by the Hayabusa-2 spacecraft. Their composition and abundance are closely related to carbonaceous chondrites. Thus, our results and evidence point to CI chondrites and the asteroid Ryugu being closely related' as described in the research.
The conservation of isotope ratios in pre-solar grains makes them quite valuable as snapshots of processes taking place in distant stars. That is, it is a record of those stars and their chemical composition.
It can be used to understand the evolution of other stars, including the Sun.
Presolar grains are incredibly rare. They are typically found in carbonaceous chondrites, a small percentage of all meteorites that have fallen to Earth. What's more, presolar grains have been found in only about 5 percent of carbonaceous chondrites.
The oldest ever found is 5 to 7 billion years old, compared to the Sun's age of 4.6 billion years. Previous studies identified some presolar grains in material obtained from ryugu.
Now, An international team led by cosmochemist Jens Barosch of Washington's Carnegie Institution has made an extensive search, and found 57 grains with presolar isotope ratios.
This group of researchers compared these grains to other grains found in meteorites, and found that the makeup of Ryugu is similar to that of CI chondrites.
These are a rare subtype of carbonaceous chondrites, with a chemical composition similar to the Sun seen in meteorites and with significant amounts of water.
The mineralogy of the Ryugu specimens indicate that extensive aqueous changes occurred during the water-reef interactions on the Ryugu parent body.
And that's where things get interesting because at least one of the grains the team discovered is a presolar silicate.
Presolar silicates are therefore probably confined to relatively rare classes of rocks, or eruptions, that are less transformed than Ryugu's composite matrix, consisting of minerals that do not contain water.
As a result, these explosions are able to preserve fragile grains that would not survive otherwise.
Similar water-free eruptions in other CI meteorites including Ivuna, which gives the class its name that have yet to be analyzed may reveal other such fragile presolar grains, the researchers say.
"The presence or absence of presolar material in these blasts will provide important clues about their origin and the history of their secondary processing" As they write in research paper.
Meanwhile, "the systematic discovery of presolar grains in all Ryugu lithologies will provide a representative data set of presolar grain abundances and characteristics in asteroid Ryugu and extract the maximum scientific information from these valuable samples."
The research has been published in The Astrophysical Journal Letters.
Solar System