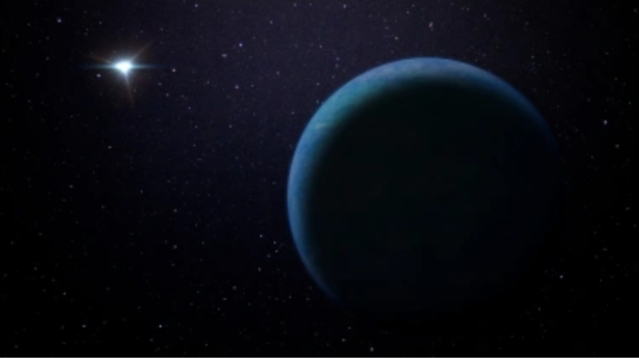 For many years, A group of astronomers has been supporting the controversial theory of 'Planet Nine'. They believe that the ninth planet in our solar system is orbiting the Sun in an orbit away from Neptune.
Evidences of Trans-Nepturian Objects (TNOs) appear to orbit together, which they hypothesize to be the most massive objects in the far reaches of our solar system.
Since 2016, Mike Brown and Konstatin Butygin of the California Institute of Technology, have argued that the effect of TNOs orbiting the Sun in highly inclined and elongated orbits can be explained by the gravitational forces of a hypothetical Planet Nine.
According to those astronomers, this celestial body is about 10 times the mass of our planet.
But other astronomers feel differently. Recently, A team of astronomers led by Kevin Napier of the University of Michigan, investigated whether what Brown and Batygin observed was simply due to selection bias, as Science Magazine reports.
In other words, they observed that TNOs behave in particular ways no matter where they are observed, looking at only a small subset of TNOs without accounting for the wider population.
Complicating the argument, TNOs still remain a mystery. By nature, TNOs are very difficult to observe because they are so far away from us.
The best way to find them is once they leave the inner Solar System during their unusual orbits, but they're still difficult to make out in front of the relatively bright Milky Way, according to Science Magazine.
What we do know is that there are plenty of them in our own star system. In March 2020, researchers used data from the Dark Energy Survey, an infrared study probing the expansion of the universe, to catalog more than 300 "Minor Planets" beyond the orbit of Neptune.
To begin the daunting task of testing Batygin's clustered TNOs theory, Napier's team used three separate surveys that use different telescopes to observe 14 equally distant TNOs.
As detailed in a paper accepted in the journal Planetary Science, the team concluded that data from the three surveys did not offer sufficient evidence for clustering, the fundamental argument Brown and Batygin built their Planet Nine theory.
In fact, Napier and his team's analysis didn't rule out the possibility that TNOs were more evenly distributed throughout our solar system, effectively piercing the heart of the Planet Nine theory.
Napier told Science, clustering "results from where we look and when we see it."  "There is no need for another model to fit the data."
Batygin defended his position, saying that Napier's analysis "cannot distinguish between a clustered and uniform distribution."
Napier and his team's research is not a definitive answer to the question of whether Planet Nine exists, especially given the sample size of just 14 TNOs.
The team is hoping that the Vera Rubin Observatory, a telescope scheduled to begin its operations in 2023, can shed more light on the precarious movement of extreme TNOs.
And maybe then we'll be able to say more conclusively whether there actually exists a ninth planet orbiting our Sun.
Solar System