Something is Hidden in the Center of Earth's Core, Scientists Say 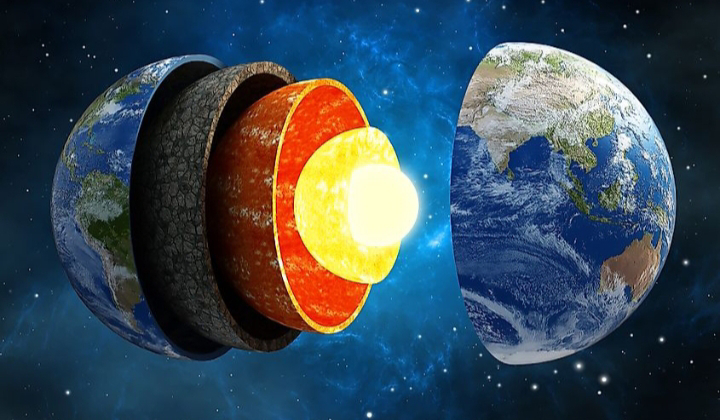 During our schooling, we learned that our planet is made up of four different types of layers: the crust, the mantle, the outer core, and the inner core.
But according to a recent research conducted by a team of scientists from The Australian National University, there is another core hidden inside the inner core.
This "innermost inner core" may have been caused by a dramatic event early in Earth's history.
"We found evidence that changes in iron composition could be a possible cause, suggesting perhaps two distinct cooling events in Earth's history"
Joan Stephenson, PhD researcher at ANU, and research published in the Journal of Geophysical The lead author of a paper about the research: Solid Earth, said in a statement.
"The details of this major event are still a mystery, but we have added another piece to the puzzle when it comes to our knowledge of Earth's inner core," she said.
Pointing Crystals
"The idea of ​​another separate layer was proposed a few decades ago, but the data regarding this, are very unclear" Stephenson said.
"We achieved this by using a very clever search algorithm to traverse through thousands of models of the inner core."
Previous research indicates that, this innermost (inner core) takes up half the diameter of the overall inner core.
And contains iron crystals in an east-to-west direction in contrast to the outer, inner core, with the crystals pointing north-south, astonishing scientists.
The new research could have some important implications
"The findings of this research are quite exciting - and it could mean that we have to rewrite textbooks!"  Stephenson said.
Planet Earth