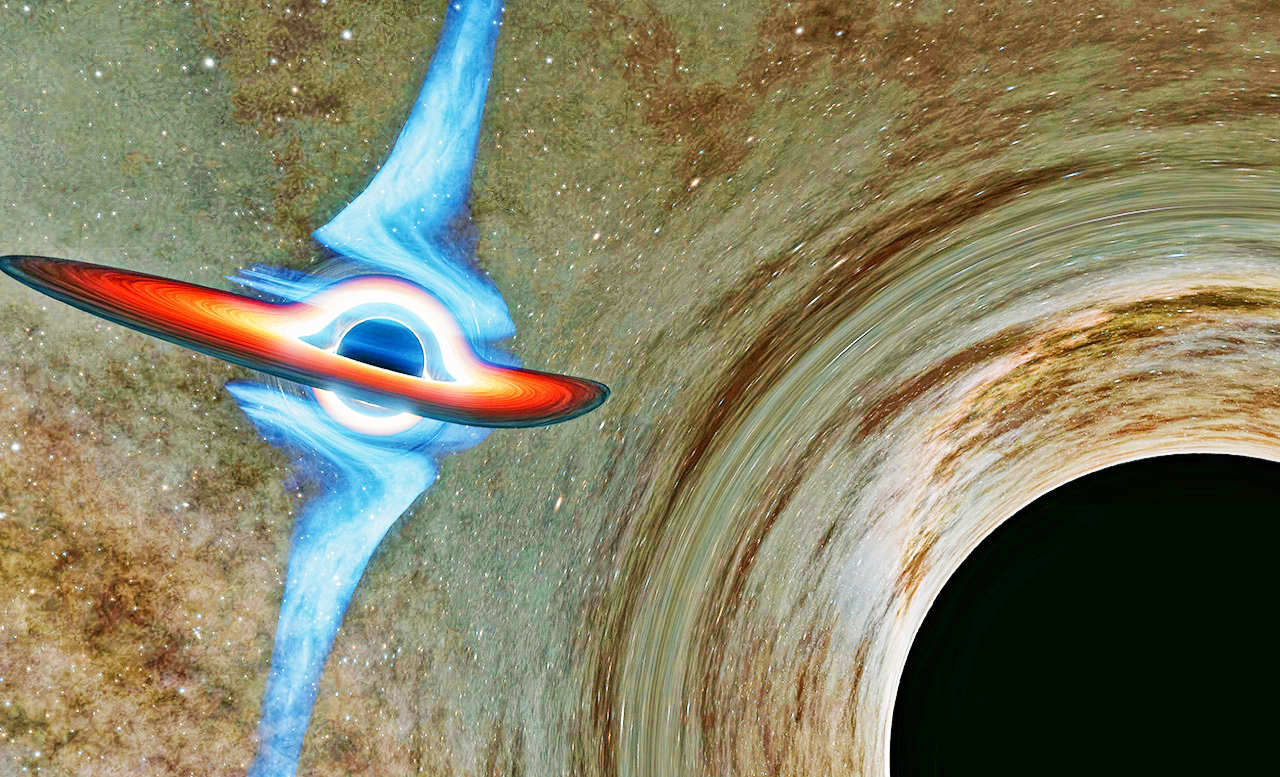 According to astronomers, we are about to witness one of the most awaited events of modern astronomy which will happen almost three year from now.
According to the report published in Science Alert, this phenomenon is detected by fluctuations in the light readings at the center of the galaxy SDSSJ1430+2303.
A pair of supermassive black holes with a combined mass equal to about 200 million Suns are heading toward each other to collide.
It will be listed as major astronomical event with astronomers taking the first images of a black hole using the Event Horizon Telescope (EHT).
According to astronomers, the two black holes will merge into each other in about three years. Researchers will have just one minute to observe it.
However, scientists believe that more observations are needed to confirm whether the black hole at the center of the J1429+2303 galaxy is in colliding state.
However, the researchers' findings have been accepted in the Journal of Astronomy and Astrophysics and are available on the pre-print server ArXiv.
The first time a collision between black holes was detected in 2015, when astronomers caught the gravitational waves generated by this collision. This event sent ripples through space-time.
However, that collision, as well as future observations, were all detected after the fact, with the force of gravity being steadily eroded through the years following the collision.
This means that the collision at the center of the galaxy SDSS J1430+2303 may be the first time astronomers can see such an event as it unfolds.
There is an important caveat leading up to this cosmic event.
Supermassive black holes generate gravitational waves in a range too small to be detected with the aid of our current gravitational wave instruments.
Almost all black hole mergers have so far been detected by LIGO and Virgo, both of which are capable of detecting ripples in the frequency generated by binary black holes.
But even so, astronomers are hopeful that this event will emit light massive in the spectrum, which they will be able to capture with the aid of competent observatories.
This observation may yield unexpected information about black holes that may enhance our understanding about black holes.
We do not yet understand how supermassive black holes become so (enormous) massive.
This is probably due to a binary black hole merger, such as J1429+2303 hosting a cataclysmic supermassive black hole.
Recommended ⬇️
Two Supermassive Black Holes on their Way to Collide could have Negative Effects on Space-Time
Black Hole & Quasars