When the Sun will eat Mercury, Venus, and Earth? 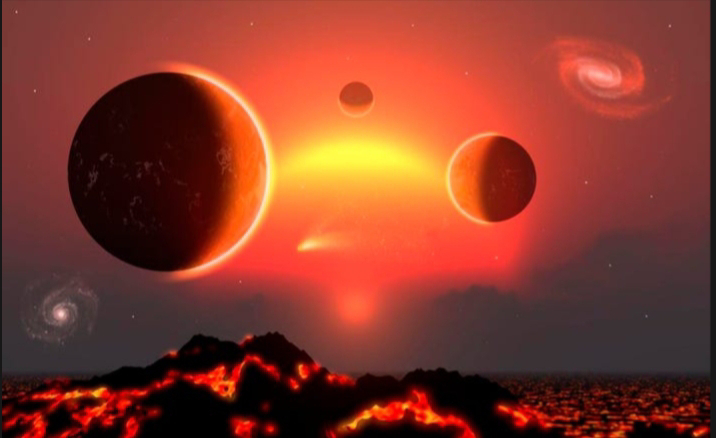 The Sun is a huge ball of fire which is running on the principles of nuclear physics and is providing energy to the Earth.
As a result of the energy of the sun, life is flourishing on earth which will not last forever.
There will come a time when the source of the earth's energy will run out. All the hydrogen fuel of the Sun will be exhausted. After this, a situation of solar anarchy will arise.
As the Sun's fuel runs out, it will take the form of a red giant about five billion years from now and it will go hunting in our solar system and it will engulf the inner planets Mercury, Venus and possibly Earth.
But don't worry, by then our civilization will likely and hopefully have gone far beyond the planet.
Researchers have revealed in a new study that when a planet is swallowed up by an expanding star, there are forces acting on it.
The study submitted for publication in the Royal Astronomical Journal states that interactions of a planet or brown dwarf with the hot gas in the outer envelope of a sun-like star.
It can lead to a range of outcomes depending on the size of the engulfed object and the stage of the star's evolution.
The researchers performed three-dimensional hydrodynamical simulations of the flow around a planet encased in a stellar envelope.
They found that when the Sun eats away at its planets it can increase the brightness of a Sun-like star by several orders of magnitude for several thousand years, depending on the mass of the encircled object and the star's evolutionary stage.
"As the planet travels inside the star, drag forces transfer energy from the planet to the star, and the stellar envelope can become unbound if the transferred energy exceeds its binding energy" said lead author Ricardo Yarza, at the University of California, said in a statement.
However, his team noted that since evolved stars can be hundreds or thousands of times larger than their planets.
This disparity of scales makes it difficult to perform simulations that accurately model the physical processes occurring at each scale.
His team further found that any planet smaller than about 100 times the mass of Jupiter cannot break out of the envelope of a Sun-like star before it expands to about 10 times the Sun's radius.
The results of the study could be incorporated into future work to explore the impact of the impact on star structure.
The European Space Agency recently revealed that with an age of about 4.57 billion years, the Sun is currently in its comfortable middle age, fusing hydrogen into helium and is generally stable.
As soon as the hydrogen is depleted in its core, and the fusion process begins to change, it will turn into a red giant star, reducing its surface temperature in the process.
Solar System