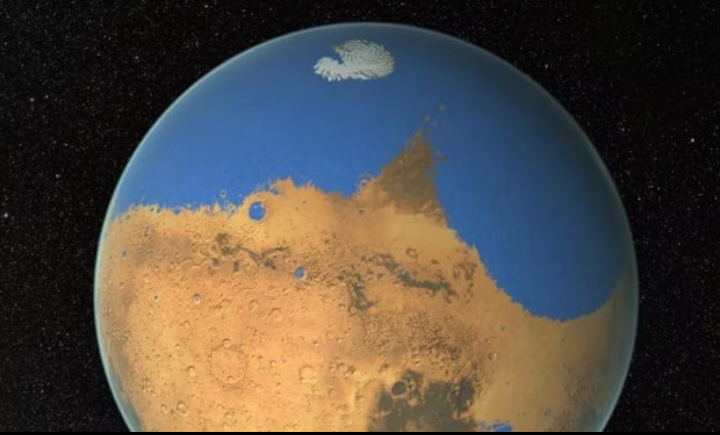 Chinese Mars Orbiter and Rover have discovered possible evidence of an ancient ocean on Mars.
The discovery could strengthen our belief that our neighbor planet holds an oceanic past.
According to China state-sponsored news channel CGTN, the country's adorable Zhurong rover and Tianwen-1 orbiter collected data from the vast Utopia Planitia field on Mars.
These data contains information about many types of minerals, which suggests that water was once present on the surface of Mars.
According to China's National Space Administration, they have detected hydrated minerals in Mars' "duricrust" ground layer which they are calling indicators of substantial liquid water activity.
Scientists around the world have long speculated that water once flowed on Mars, where rivers and oceans existed like Earth. Rover sent by many countries are looking for such evidence.
NASA's Mars Reconnaissance Orbiter has detected evidence of past water flow on the Red Planet. According to these evidences, water flowed on Mars about 2.5 billion years ago, with previous predictions being about 3 billion years.
Although rovers of many countries are still active on Mars. A few days ago, a NASA rover detected organic elements on the surface of Mars.
We keep learning something new about the ancient history of Mars.
Solar System