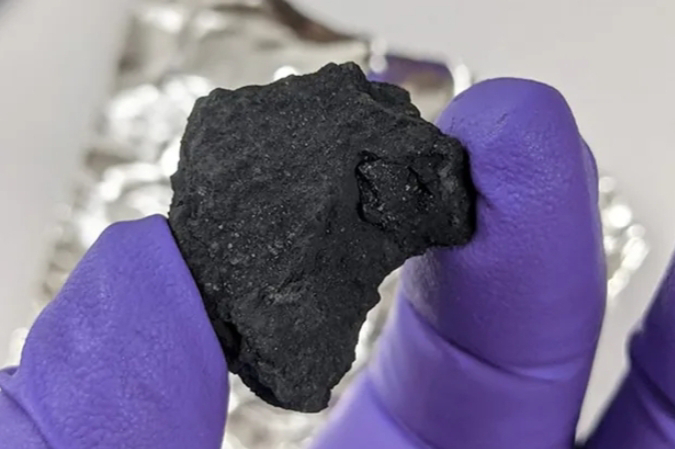 For the first time ever, extraterrestrial water has been found in a meteorite that crashed into Earth in the UK.
The Winchcombe meteorite, which fell on a street in the city of Gloucestershire.
This meteorite is believed to contain important information about the origin of the water that makes up Earth's oceans.
This discovery was explained by Dr Ashley King at The British Science Festival (the longest running science festival in Europe that offers new places to visit in the UK each year).
Dr King says, 'Water is about 12 percent of this meteorite and despite being contaminated and dilapidated, it provides an amazing source of the information.
He said at the Science Festival, 'The composition of that water appears to be very similar to the composition of the water found in the Earth's oceans'.
The 1lb (0.5kg) meteorite was recovered within about 12 hours, which prevented it from being contaminated with earthly minerals and water.
"We always try and match the composition of water meteorites and other extra-terrestrial materials with the composition of water on Earth" Dr. King said.
"For most meteorites, the challenge we have is that they are just contaminated, whereas with Winchcomb we really know that it hasn't actually been contaminated, so that can be good evidence".
"A big question we have in planetary science is whether Earth's water is extraterrestrial or Earth's own?
And one of the obvious places is either through comets that have loads and loads of ice or asteroids" Dr. King  also explained.
Know about Winchcombe Meteorite
The Winchcombe meteorite seen when it was entering into Earth's atmosphere over Gloucestershire, England, on February 28, 2021.
According to The Telegraph, the Wilcox family discovered the early bits of the meteorite, and the following month, meteorite hunters discovered more fragments.
It is a meteorite that is about 4.6 billion years old and came from the asteroid belt between Mars and Jupiter.
The meteorite fragments were on display at the London Natural History Museum on May 17, 2021.
The UK Fireball Alliance, led by the Natural History Museum, which has six camera networks, as well as doorbell cameras in private homes, all recorded images of the bright meteorite.
Additionally, there were over 1,000 eye witnesses from the UK and other parts of northern Europe and a sound boom was heard nearby.
These observations made it possible to reconstruct its trajectory. A public call was made for the pieces.
Miscellaneous