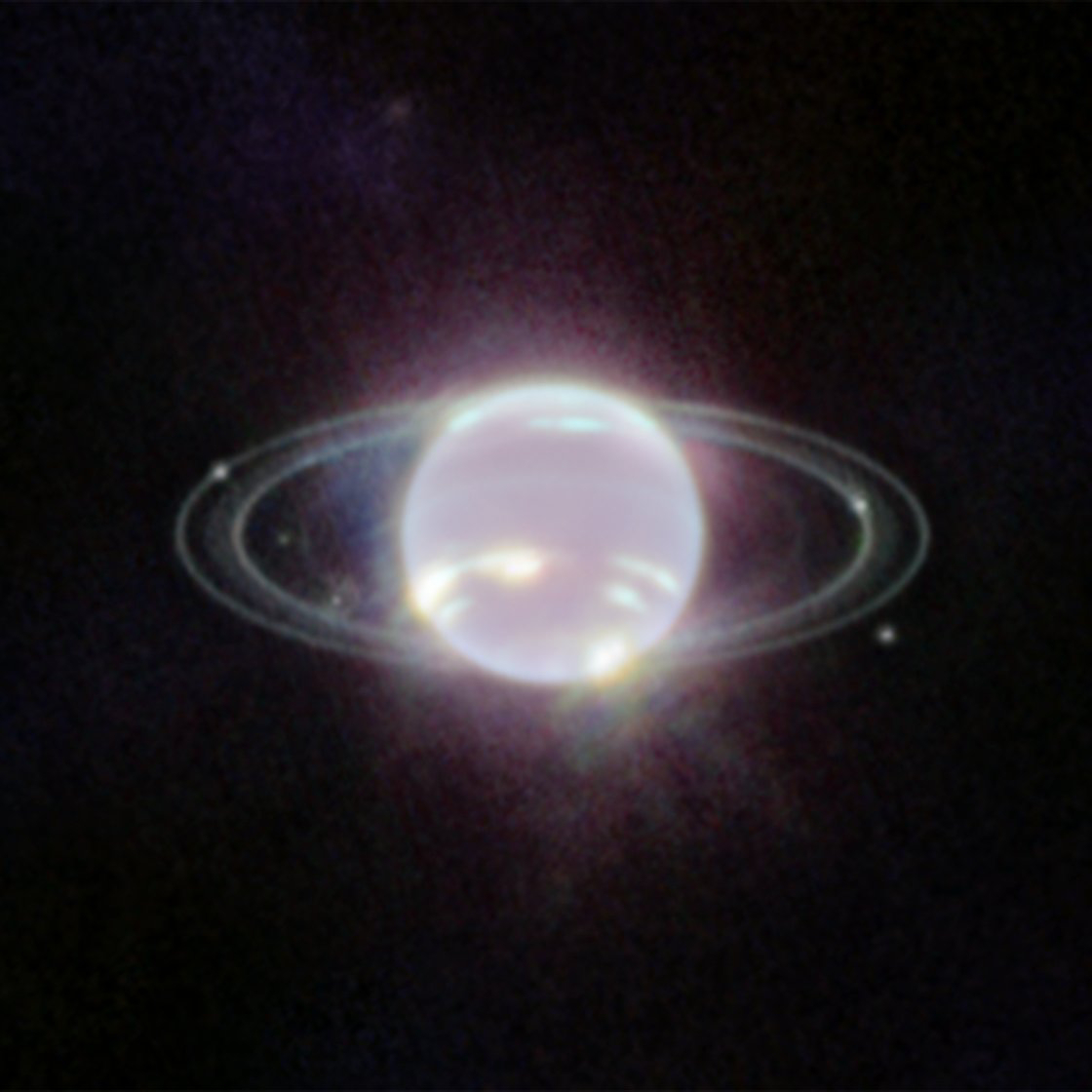 NASA’s James Webb Space Telescope shows off its capabilities closer to home with its first image of Neptune.

Not only has Webb captured the clearest view of this distant planet’s rings in more than 30 years, but its cameras reveal the ice giant in a whole new light.

Most striking in Webb’s new image is the crisp view of the planet’s rings – some of which have not been detected since NASA’s Voyager 2 became the first spacecraft to observe Neptune during its flyby in 1989.

“It has been three decades since we last saw these faint, dusty rings, and this is the first time we’ve seen them in the infrared,” notes Heidi Hammel, a Neptune system expert and interdisciplinary scientist for Webb.

Webb’s extremely stable and precise image quality permits these very faint rings to be detected so close to Neptune. 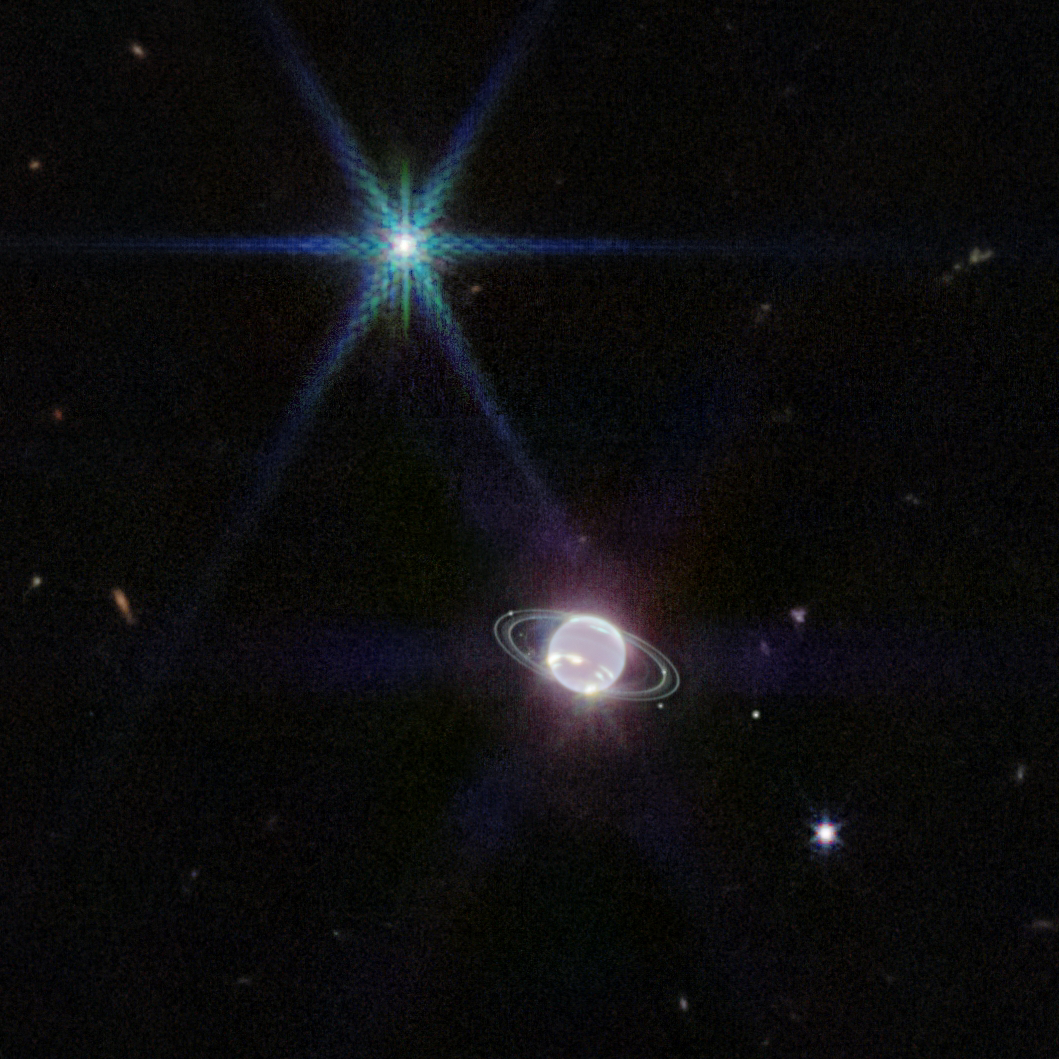 Webb’s Near-Infrared Camera (NIRCam) images objects in the near-infrared range from 0.6 to 5 microns, so Neptune does not appear blue to Webb.

In fact, the methane gas so strongly absorbs red and infrared light that the planet is quite dark at these near-infrared wavelengths, except where high-altitude clouds are present.

Such methane-ice clouds are prominent as bright streaks and spots, which reflect sunlight before it is absorbed by methane gas.

Images from other observatories, including the Hubble Space Telescope and the W.M. Keck Observatory, have recorded these rapidly evolving cloud features over the years.

More subtly, a thin line of brightness circling the planet’s equator could be a visual signature of global atmospheric circulation that powers Neptune’s winds and storms.

The atmosphere descends and warms at the equator, and thus glows at infrared wavelengths more than the surrounding, cooler gases.

Neptune’s 164-year orbit means its northern pole, at the top of this image, is just out of view for astronomers, but the Webb images hint at an intriguing brightness in that area.

A previously-known vortex at the southern pole is evident in Webb’s view, but for the first time Webb has revealed a continuous band of high-latitude clouds surrounding it.

Webb also captured seven of Neptune’s 14 known moons. Dominating this Webb portrait of Neptune is a very bright point of light sporting the signature diffraction spikes seen in many of Webb’s images, but this is not a star. Rather, this is Neptune’s large and unusual moon, Triton.

Covered in a frozen sheen of condensed nitrogen, Triton reflects an average of 70 percent of the sunlight that hits it.

It far outshines Neptune in this image because the planet’s atmosphere is darkened by methane absorption at these near-infrared wavelengths.

Triton orbits Neptune in an unusual backward (retrograde) orbit, leading astronomers to speculate that this moon was originally a Kuiper belt object that was gravitationally captured by Neptune.

Additional Webb studies of both Triton and Neptune are planned in the coming year.