300 Million Potentially Habitable Planets in Our Galaxy, Researchers Says in a Study 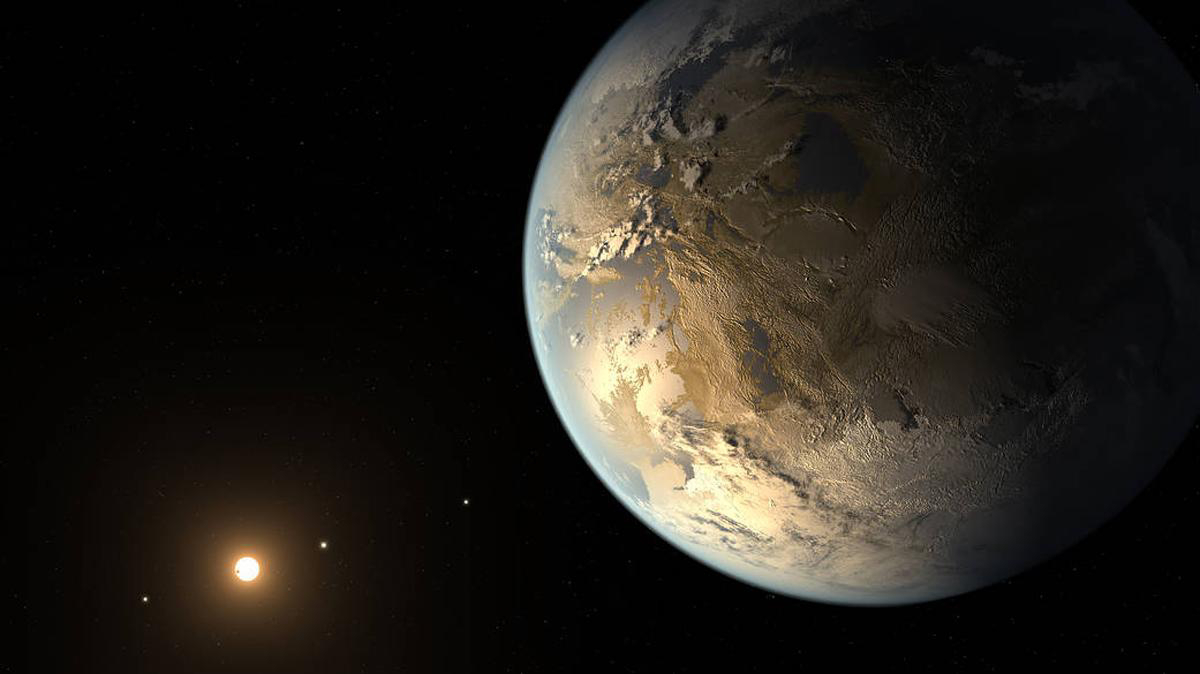 This illustration depicts Kepler-186f, the first validated Earth-size planet to orbit a distant star in the habitable zone. Credit: NASA Ames/JPL-Caltech/T. Pyle
In a quest to find an Earth-like planet, a discovery suggests that more than half of all sunlike stars in our galaxy is likely to have a habitable planet orbiting it.
A report in Space.com quoted authors of the study as saying that on average, each sunlike star in the Milky Way likely harbors between 0.4 and 0.9 rocky planets in its "habitable zone" - "the just-right range of orbital distances where  liquid water could be stable on a world's surface".
According to scientists, "rocky planets" are planets with diameters 0.5 to 1.5 times that of Earth. Sunlike stars are those with surface temperatures between 8,180 and 10,880 degrees Fahrenheit (4,527 to 6,027 degrees Celsius), the report said. "G dwarfs and K dwarfs" mostly meet these criteria. K dwarfs are slightly smaller than G dwarfs and about twice as numerous.
Study co-author Jeff Coughlin, who is an exoplanet researcher at the Search for Extraterrestrial Intelligence Institute (SETI) in Mountain View, California, said, "This is the first time that all of the pieces have been put together to provide a reliable measurement of the number of potentially habitable planets in the galaxy."
The Kepler space telescope was used to estimate that "there could be as many as 300 million potentially habitable planets in our galaxy," SETI said in its press release.
"Some could even be pretty close, with several likely within 30 light-years of our Sun," it said.
Researchers at SETI Institute, in collaboration with NASA and other such organisations, analyzed exoplanets similar in size to Earth and thus most likely to be rocky planets to develop a reasonable estimate. "They also looked at so-called Sun-like stars, around the same age as our Sun and approximately the same temperature. Another consideration for habitability is whether the planet could have the conditions necessary to support liquid water,"
The team led by Steve Bryson of NASA's Ames Research Center in California also examined data on stellar properties from the ESA's Gaia spacecraft, which is precisely mapping a billion Milky Way stars.
Researchers also calculated occurrence rates for both a "conservative" and an "optimistic" habitable zone - 0.37 to 0.60 planets per star for the former and 0.58 to 0.88 planets per star for the latter.
The new research did not consider red dwarfs, also known as M dwarfs, which make up about three-quarters of the Milky Way's stellar population.
Exoplanets