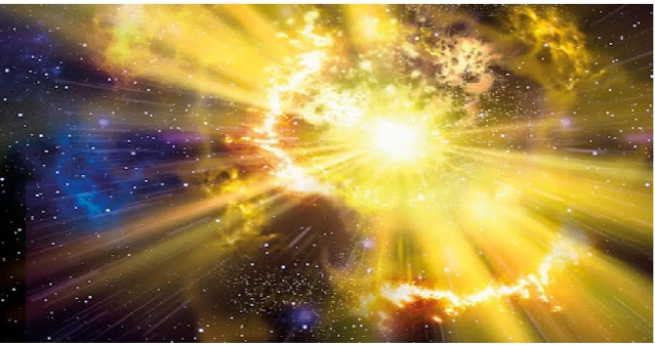 When a massive star spends its fuel, its core collapses into a denser object and sends its remaining gas outwards in a phenomenon called a supernova.
What's left are mostly neutron stars or black holes. The Hubble has seen a supernova in the blink of an eye - suggesting that Hubble captured the moment a massive star turned into a black hole.
While some supernova events are explosive and leave clouds of debris for thousands of years (aka nebulae), like SN 1054, it appears that the star in question began to explode and then all of its gas back into the black hole at the center.
This can happen if the original collapse of the star was particularly massive. Instead of exploding, the gas falls directly into the core of the star. 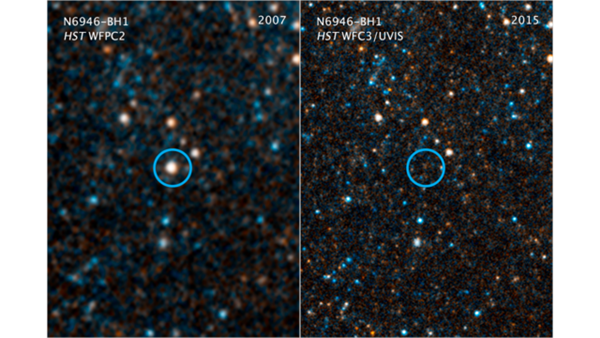 NASA/ESA/C. Kochanek (OSU)
Only a few of these so-called "mass fails" (yes, that's what they're calling them) have been observed, so astronomers are cautious about the results.
But this particular star in the galaxy NGC 6946 was bright enough to be seen from 22 million light-years away and faded in the blink of an eye, suggesting that a massive stellar-mass black hole was the driving culprit.
Black Hole & Quasars