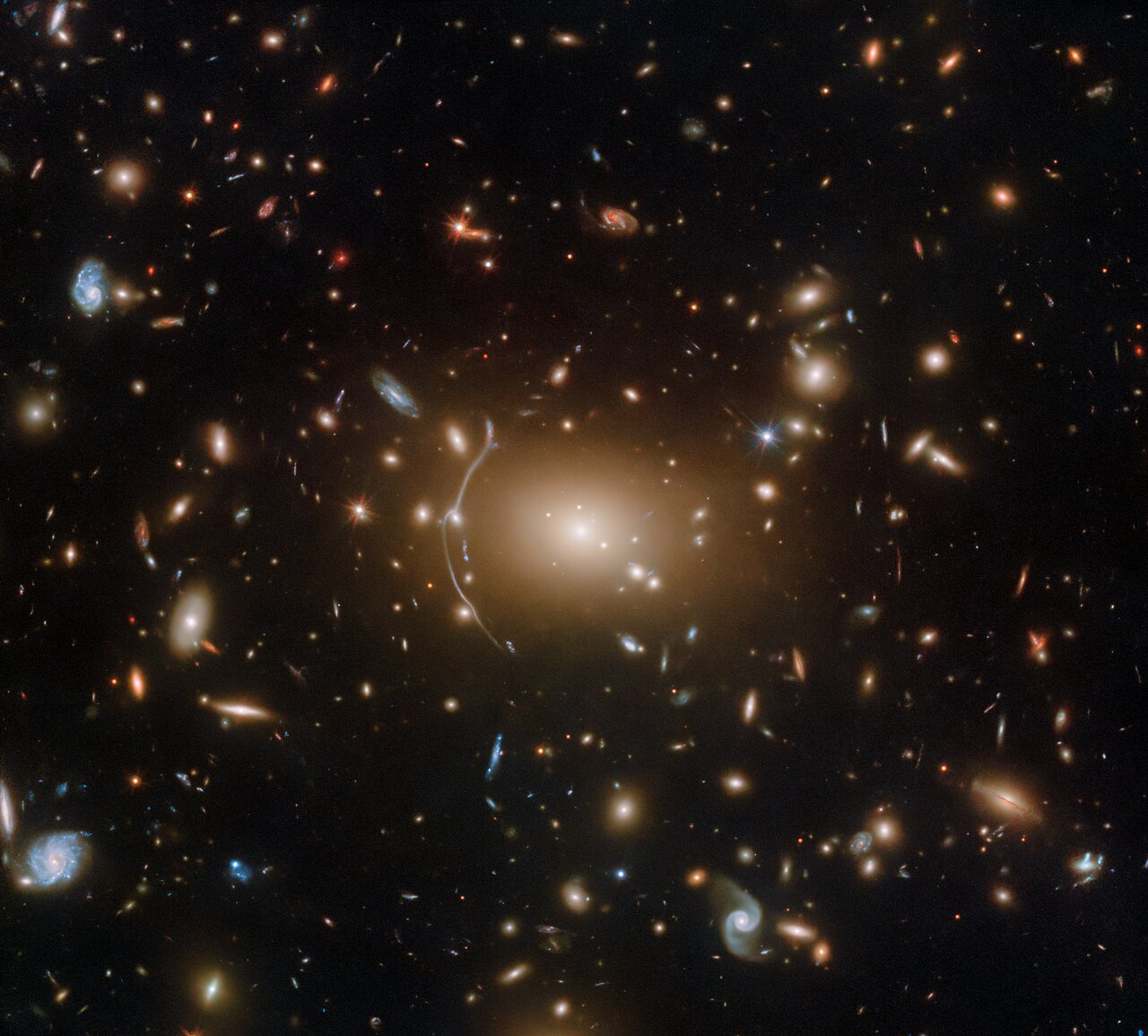 About 21 billion light years away, the core of a massive star ran out of fuel and collapsed in on itself before exploding outwards in a powerful supernova.

The Hubble Space Telescope spotted the explosion less than 6 hours later – the earliest we have ever seen such a distant supernova – and those images have allowed astronomers to figure out the properties of the original star.

Wenlei Chen at the University of Minnesota and his colleagues found this supernova when they were searching through archival Hubble data taken in 2010. It was visible due to a phenomenon called gravitational lensing, in which the gravity from a massive object – in this case, a galaxy in a relatively nearby cluster called Abell 370 – acts as a magnifying glass for the light behind it.

The three images of this supernova show a faint, blue spot of light growing and becoming brighter and redder. This indicates that we are watching the expansion and cooling of the stellar material just after the initial explosion.

The light that makes up the first image was emitted about 5.8 hours after the supernova began, the second about two days later and the third about six days after that.

During that time, the researchers calculated that the supernova cooled from nearly 100,000°C to less than 10,000°C. The details of the light also allowed the researchers to calculate that the star that exploded had a radius about 530 times that of the sun, making it a type of star called a red supergiant.

“Core-collapse supernovae mark the death of massive stars, which are short-lived because they burn up quickly compared to stars with less mass,” says Chen.

“Thus, the rate of core-collapse supernovae should track the formation rate of massive stars.” This means that by studying supernovae like this one, we may be able to learn more about how star formation worked in the early universe. Thanks to its ability to peer deep into the early universe, the James Webb Space Telescope will be a powerful tool in this search, says Chen.