Can Humans Even Reach 1% the Speed of Light Ever? 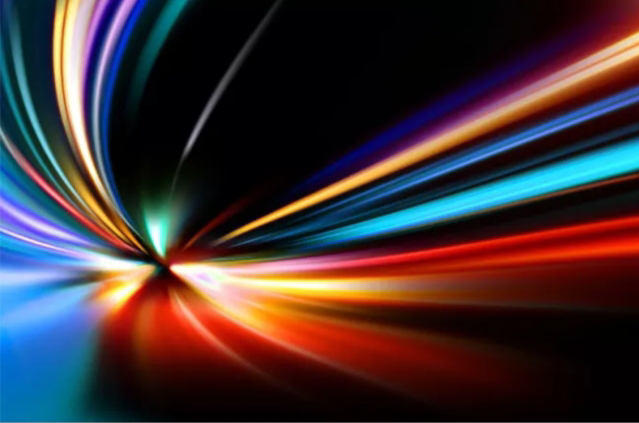 Light is fast. In fact, it is the fastest thing that exists, and a law of the universe is that nothing can move faster than light. Light travels at 186,000 miles per second (300,000 kilometers per second) and can go from the Earth to the Moon in just over a second. Light can streak from Los Angeles to New York in less than the blink of an eye.
While 1% of anything doesn’t sound like much, with light, that’s still really fast — close to 7 million miles per hour! At 1% the speed of light, it would take a little over a second to get from Los Angeles to New York. This is more than 10,000 times faster than a commercial jet. 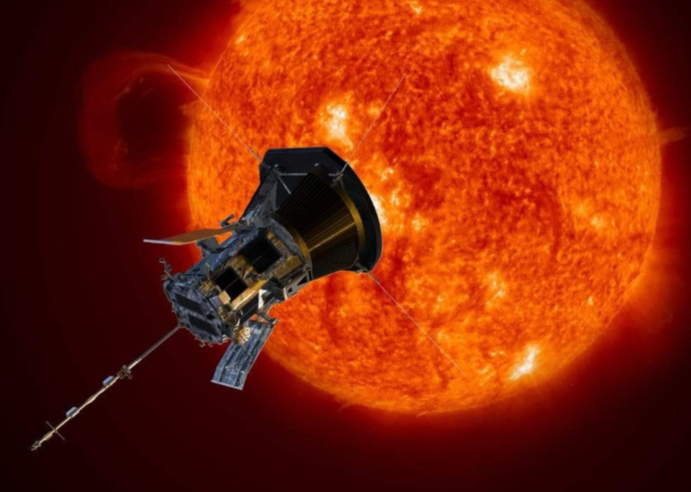 The Parker Solar Probe, seen here in an artist’s rendition, is the fastest object ever made by humans and used the gravity of the Sun to get going 0.05% the speed of light. NASA/Johns Hopkins APL/Steve Gribben
The fastest things ever made
Bullets can go 2,600 mph (4,200 km/h), more than three times the speed of sound. The fastest aircraft is NASA’s X3 jet plane, with a top speed of 7,000 mph (11,200 km/h). That sounds impressive, but it’s still only 0.001% the speed of light.
The fastest human-made objects are spacecraft. They use rockets to break free of the Earth’s gravity, which takes a speed of 25,000 mph (40,000 km/h). The spacecraft that is traveling the fastest is NASA’s Parker Solar Probe. After it launched from Earth in 2018, it skimmed the Sun’s scorching atmosphere and used the Sun’s gravity to reach 330,000 mph (535,000 km/h). That’s blindingly fast — yet only 0.05% of the speed of light.
Why even 1% of light speed is hard
What’s holding humanity back from reaching 1% of the speed of light? In a word, energy. Any object that’s moving has energy due to its motion. Physicists call this kinetic energy. To go faster, you need to increase kinetic energy. The problem is that it takes a lot of kinetic energy to increase speed. To make something go twice as fast takes four times the energy. Making something go three times as fast requires nine times the energy, and so on.
For example, to get a teenager who weighs 110 pounds (50 kilograms) to 1% of the speed of light would cost 200 trillion Joules (a measurement of energy). That’s roughly the same amount of energy that 2 million people in the U.S. use in a day. 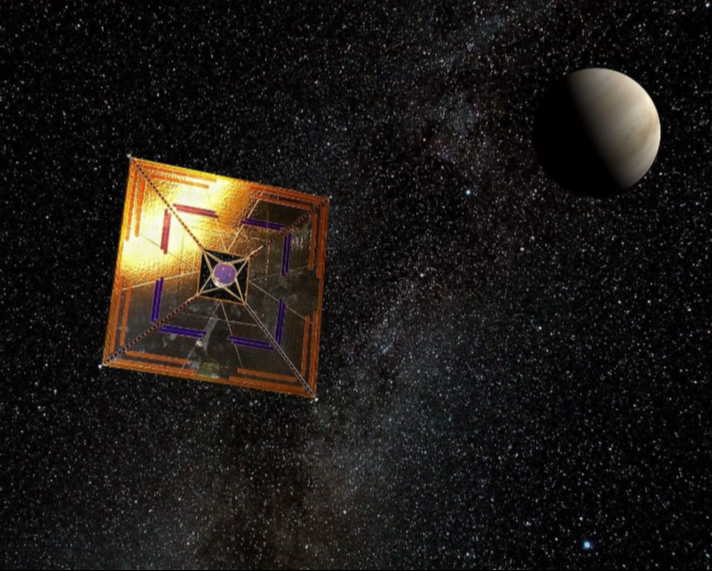 Solar sails, the thin shiny square seen in this artist’s rendition of the Japanese IKAROS spacecraft, could propel a spacecraft to 10% the speed of light. Source: Andrzej Mirecki/Wikimedia Commons
How fast can we go?
It’s possible to get something to 1% the speed of light, but it would just take an enormous amount of energy. Could humans make something go even faster?
Yes! But engineers need to figure out new ways to make things move in space. All rockets, even the sleek new rockets used by SpaceX and Blue Origins, burn rocket fuel that isn’t very different from gasoline in a car. The problem is that burning fuel is very inefficient.
Other methods for pushing a spacecraft involve using electric or magnetic forces. Nuclear fusion, the process that powers the Sun, is also much more efficient than chemical fuel.
Scientists are researching many other ways to go fast — even warp drives, the faster-than-light travel popularized by Star Trek.
One promising way to get something moving very fast is to use a solar sail. These are large, thin sheets of plastic attached to a spacecraft and designed so that sunlight can push on them, like the wind in a normal sail. A few spacecraft have used solar sails to show that they work, and scientists think that a solar sail could propel spacecraft to 10% of the speed of light.
One day, when humanity is not limited to a tiny fraction of the speed of light, we might travel to the stars.
Chris Impey, University Distinguished Professor of Astronomy, University of Arizona.
This article was originally published in  engineering Interesting
Miscellaneous