Havard Professor Defended The Claim that an Alien Spacecraft Had Visited Our Solar System. 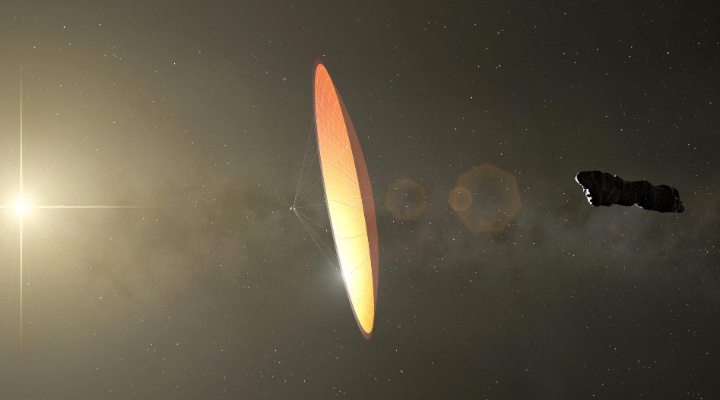 Harvard astronomer Avi Loeb has long suggested that there's a chance 'Oumuamua, a mysterious object that visited our solar system in 2017, could be an alien spaceship that arrived for a visit.
In a 2021 paper, Loeb argued that 'Oumuamua may have been a probe sent by an extraterrestrial civilization, an explanation that has proved divisive among its peers.
Recently, an international team of researchers attempted to debunk a key aspect of Loeb's argument: 'Oumuamua was a solar sail, an advanced form of propulsion that used low pressures of solar radiation to propel spacecraft shuttle into space.
According to their study, which has been accepted for publication in the journal Astronomy and Astrophysics, the team concludes that "Oumuamua is unlikely to have a light sail. The dynamics of an intruding light sail, if it exists." Then there are distinct observational signatures, which can be quantitatively identified and analyzed by our methods in future surveys."
Loeb, however, this is not happening. He is glued to his guns. "There are some points the writers have overlooked," he told The Daily Beast last week.
The international team, led by Shangfei Liu, an astronomer at Sun Yat-sen University in Zhuhai (China) reasoned that if 'Oumuamua were a light sail, it would have a larger, flat surface that would reflect more light.
What we saw in our limited observations emanating from the mysterious object. "If it was a light sail, the brightness variation must be huge," Shangfei told the animal.
Loeb argues that the sail "doesn't need to be flat." According to my own research, it could have been a light sail of a different shape, reflecting light in unexpected ways.
The astronomer called the animal to suggest that Oumuamua "might not be a sail at all, but a surface layer torn from a larger object"—in other words, a piece of alien spacecraft that had just arrived. Happened through our star system.
Of course, extraordinary claims demand extraordinary measures. Maybe the object was nothing more than gas ejected from a comet screaming into space.
Unfortunately, encountering an interstellar object like 'Oumuamua is extremely rare.
But given the opportunity, and "in the future with the help of a greater amount of highly accurate observational data," as Shangfei and his colleagues argue in their paper, perhaps we can finally put the mystery to rest.
Miscellaneous