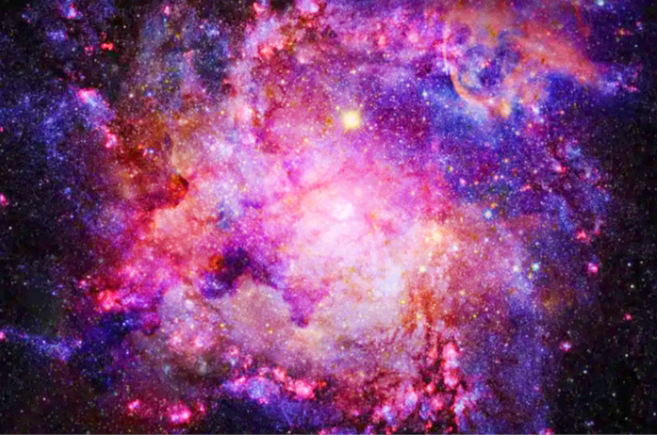 Researchers have found that the universe is expanding at a completely different rate than previously thought, an unprecedented discovery that could undermine our current understanding and belief about the universe.
In a new research paper published in The Astrophysics Journal, an international team of researchers analyzed the light emitted from 1,550 different supernovae - some located near our Galaxy and some millions of light-years away in the farthest reaches of the universe - studying  to the structure and expansion rate of the universe.
In doing so, research analysis, called the Pantheon+, also includes some of the most comprehensive measurements ever made.
"With these Pantheon+ results, we have been able to place the most precise constraints on the dynamics and history of the universe so far," co-author and researcher Dillon Brough of Harvard's Center for Astrophysics told Harvard Gazette.
Excitingly, their findings confirm some existing theories about dark matter, a mysterious but abundant substance that scientists have not yet directly observed or measured, and dark energy, a hypothetical form of the energy. Which behaves opposite to the force of gravity.
His research suggests that the entire universe is made up of roughly two-thirds dark energy and one-third dark matter.
But at the same time, the study fails to address one of the biggest discrepancies in astronomy: the apparent correlation between previous, locally measured estimates of the Hubble tension, or the expansion rate of the universe, and measurements derived from cosmic microwaves. The mismatched background, electromagnetic remnants of the earliest known phases of the universe.
New research has shown that the universe is expanding at about 160,000 miles per hour, while previous measurements that took into account the cosmic microwave background concluded that it was expanding much slower than that.
And while Pantheon+ may have confirmed the discrepancy, it did not respond for it.
"We thought it would be possible to find clues to a new solution to these problems in our dataset," Braut told the Harvard Gazette, "but instead we are finding that our data rule out many of these options and the profound discrepancies remain as stubborn as ever."
"It certainly indicates," the researcher told the agency France-Presse, "potentially there is something wrong with our understanding of the universe."
Clearly, the Pantheon+ has opened more doors than it has closed. But that's the beauty of the scientific process in a way—the research by Brout and his team can still lay the groundwork for many future discoveries.
"We, as scientists, thrive on not understanding everything," Brout continued to AFP. "There is still a major revolution in our understanding of what is potentially coming in our lifetimes."
Cosmology & Astrophysics