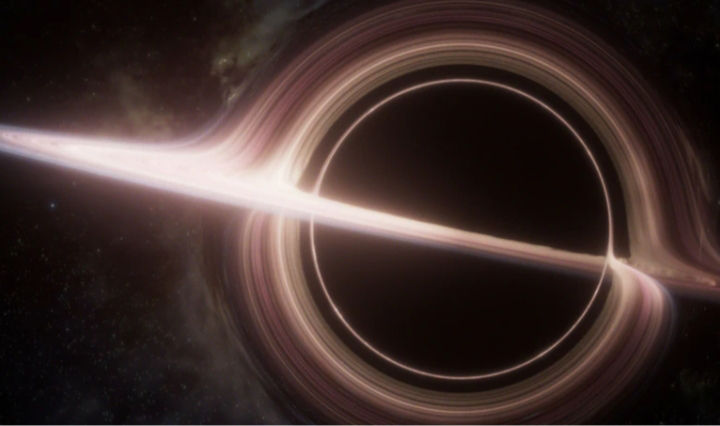 The big bang poses big questions: if it was indeed the cataclysm that blasted our universe into existence 13.7 billion years ago, what sparked it?
Researchers at Three Perimeter Institute, have a new idea about what might have come before the big bang. It’s a bit perplexing, but it is grounded in sound mathematics, testable, and enticing enough to earn the cover story in Scientific American, called “The Black Hole at the Beginning of Time.”
What we perceive as the big bang, they argue, could be the three-dimensional 'mirage' of a collapsing star in a universe profoundly different than our own.
“Cosmology’s greatest challenge is understanding the big bang itself” write Perimeter Institute Associate Faculty member Niayesh Afshordi, Affiliate Faculty member and University of Waterloo professor Robert Mann, and PhD student Razieh Pourhasan.
Conventional understanding holds that the big bang began with a singularity – an unfathomably hot and dense phenomenon of spacetime where the standard laws of physics break down.
Singularities are bizarre, and our understanding of them is limited.
“For all physicists know, dragons could have come flying out of the singularity,” Afshordi had said in an interview with Nature.
The problem, as the authors see it, is that the big bang hypothesis has our relatively comprehensible, uniform, and predictable universe arising from the physics-destroying insanity of a singularity. It seems unlikely.
So perhaps something else happened. Perhaps our universe was never singular in the first place.
Their suggestion: our known universe could be the three-dimensional 'wrapping' around a four-dimensional black hole’s event horizon. In this scenario, our universe burst into being when a star in a four-dimensional universe collapsed into a black hole.
In our three-dimensional universe, black holes have two-dimensional event horizons – that is, they are surrounded by a two-dimensional boundary that marks the “point of no return.” In the case of a four-dimensional universe, a black hole would have a three-dimensional event horizon.
In their proposed scenario, our universe was never inside the singularity; rather, it came into being outside an event horizon, protected from the singularity. It originated as – and remains – just one feature in the imploded wreck of a four-dimensional star.
The researchers emphasize that this idea, though it may sound “absurd” is grounded firmly in the best modern mathematics describing space and time.
Specifically, they’ve used the tools of holography to “turn the big bang into a cosmic mirage.” Along the way, their model appears to address long-standing cosmological puzzles and – crucially – produce testable predictions.
Of course, our intuition tends to recoil at the idea that everything and everyone we know emerged from the event horizon of a single four-dimensional black hole. We have no concept of what a four-dimensional universe might look like. We don’t know how a four-dimensional “parent” universe itself came to be.
But our fallible human intuitions, the researchers argue, evolved in a three-dimensional world that may only reveal shadows of reality.
They draw a parallel to Plato’s allegory of the cave, in which prisoners spend their lives seeing only the flickering shadows cast by a fire on a cavern wall.
'Their shackles have prevented them from perceiving the true world, a realm with one additional dimension,” they write. “Plato’s prisoners didn’t understand the powers behind the sun, just as we don’t understand the four-dimensional bulk universe. But at least they knew where to look for answers.'
Miscellaneous