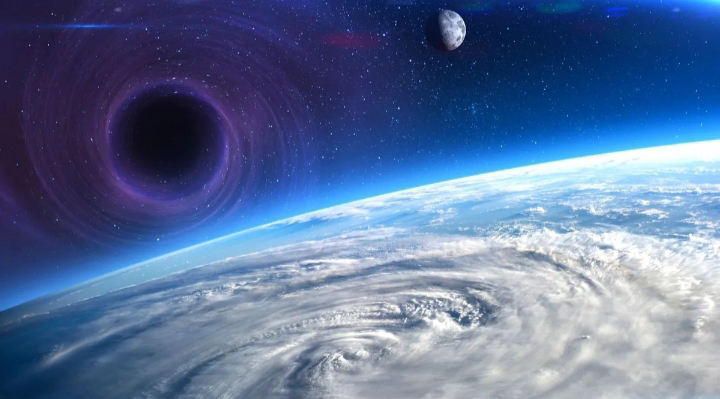 There's a growing consensus among astronomers that beyond the gas giants of the outer solar system lurks a mysterious object — perhaps a black hole — influencing the massive cloud of small, icy bodies in the Oort cloud.

And it turns out there is some evidence to suggest this hypothesis might be right. No one is sure how a planet massive enough to affect the cloud of icy leftovers from the solar system's birth could form at such a great distance from the sun.

"All we know is that there's an object of a certain mass out there," said Theorist Jakub Scholtz of the U.K.'s Durham University, in a New Scientist report. "The observations we have can't tell us what that object is."

And Scholtz suspects it might be a primordial black hole forged during the big bang — when the universe exploded into existence. But how can we know for sure, and what else could this show us about the universe?

The object — generally dubbed Planet Nine — has remained a subject of intense scrutiny and disagreement among scientists for years, and should be between five and 15 times Earth's mass.

No one has seen it, but if it's a primordial black hole, it would likely be no larger than a grapefruit, and remain totally undetectable to human observation unless we witnessed a distant object plunging to its doom into the tiny maw of the event horizon.

The closest confirmed black hole to Earth lies in a triple-star system called HR 6819, roughly 1,000 light-years away. It's about four times the mass of the sun — comparatively light in the scope of the universe. But evidence is mounting that tiny, primordial black holes are abundant throughout the universe, the nearest of which might be a quick, 10-year trip away aboard NASA's New Horizons spacecraft.

New Horizons made headlines back in 2015 when it made a rapid flyby of Pluto and its moon, Charon — providing scientists (and everybody else) with the first clear pictures of the former ninth planet.

Scholtz and his colleague James Unwin wrote a paper outlining the hypothesis of a dark, super-heavy object roughly four inches wide creeping around the fringes of our solar system. If little primordial black holes are abundant, they might help explain other baffling mysteries of the universe, like how galaxies have remained in one piece over the course of billions of years. "Primordial black holes could be [...] dark matter," said Sebastien Clesse, a University of Brussels cosmologist in Belgium, to New Scientist.

However, until someone makes a direct observation of a primordial black hole at the edge of our solar system, it's not much more than speculation to say we're really living closer to a black hole than we thought. But NASA's Slava Turyshev of the Jet Propulsion Laboratory in California wants to flip this script by launching a fleet of tiny spacecraft designed to glide out there with solar sails and try to detect the telltale gravitational disturbance that even the smallest black holes would inevitably generate.

Turyshev's little probes could potentially make the journey to the region of Neptune's orbit roughly "ten times faster" than a conventional chemical rocket, and reach their destination a single year post-launch — provided they get a big energy boost via an initial approach of the sun.

Nothing's in stone yet, but if it happens, we might have a close-up photo of our neighborhood black hole before the first people take the first step on the planet Mars.

This article was originally published in Interesting Engineering.