Many Alien Civilizations Could Have Lived and Died on TRAPPIST-1 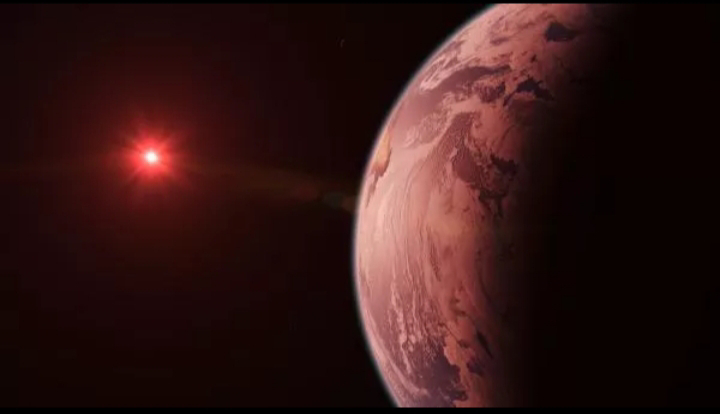 The seven rocky, potentially habitable planets in tight orbit around the star TRAPPIST-1 made the discovery of the solar system earlier this year one of the biggest in NASA’s history.

Now it turns out those worlds were waiting a very, very, very long time for us to spot them. According to NASA, the TRAPPIST-1 system is likely between 5.4 and 9.8 billion years old, potentially much older than our own solar system.

Let’s put that in perspective: Earth is thought to be about 4.5 billion years old, while the universe itself is 13.8 billion years. That means TRAPPIST-1 might have formed as little as four billion years after the big bang. That’s potentially less time than Earth’s entire history.

Even if TRAPPIST-1 isn’t quite that ancient, any alien life — intelligent or otherwise — that might have formed on the solar system’s various worlds might have had a billion-year head-start or more.

Entire alien civilizations could have risen, flourished, and fallen on the various planets, with still plenty of time for new aliens to take their place.

Then there’s the possibility of interplanetary travel. Given the small distances between worlds in such a tightly packed solar system, this wouldn’t be much harder than it is for us to go to the moon.

Those that made the trip might not have found a living sister civilization — the chance of two civilizations evolving simultaneously on such a vast timescale is pretty low — but there might have been the remains of extinct civilizations waiting to greet them.

Or maybe time would have already washed away any sign of such past cultures. It’s hard to comprehend just how long a span of time 9.8 billion years really is.

NASA originally could say little about how old TRAPPIST-1 was. The initial estimate was the solar system was at least 500 million years old, but even that was uncertain, so this new range is a big step up in terms of our understanding of the solar system.

This likely means good things for the planets’ habitability, as older stars are less likely to give off high-energy solar flares that can poison planets with radiation.

This NASA digital illustration released in February shows what it would be like to stand on the surface of the exoplanet TRAPPIST-1f, located in the TRAPPIST-1 system in the constellation Aquarius.

There’s just one potential catch, according to NASA.

Since the planets are so close to the star, they have soaked up billions of years of high-energy radiation, which could have boiled off atmospheres and large amounts of water.

In fact, the equivalent of an Earth ocean may have evaporated from each TRAPPIST-1 planet except for the two most distant from the host star: planets g and h.

In our own solar system, Mars is an example of a planet that likely had liquid water on its surface in the past, but lost most of its water and atmosphere to the Sun’s high-energy radiation over billions of years.

Earth has avoided Mars’s fate despite being closer to our star. That’s because our planet’s thick atmosphere provides protection from dangerous radiation.

If any of the TRAPPIST-1 planets formed similar atmospheres, they too could have provided the necessary shielding for life to form. And life has had plenty of time to figure things out.

This article was originally published in Yahoo