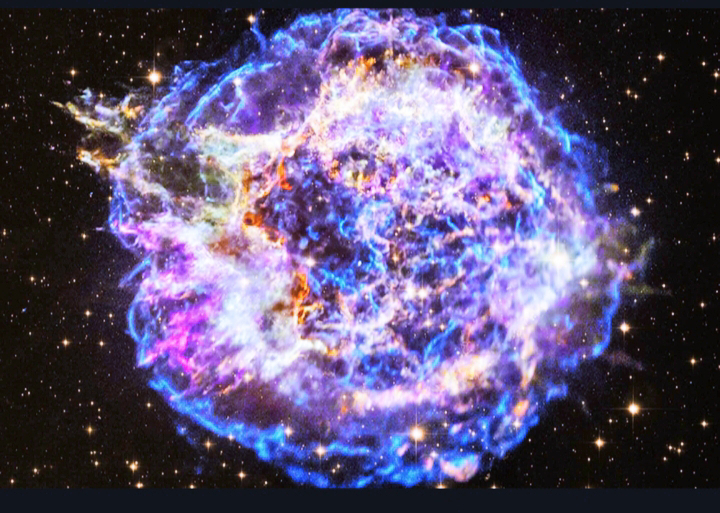 It is exceedingly rare to see a massive star precisely as it explodes into a supernova. Astronomers combining through the archives of the Hubble Space Telescope's observational data since 2010.
Researchers have seen imagery of an exploding star about 11 billion years ago, lurking behind a galaxy cluster – the first time such an event has been observed so early in the universe.
"It is a fairly rare event that a supernova can be detected at a very early stage, because that stage is really short" said Wenli Chen, lead author of an accompanying study published in the journal Nature, and a researcher at University of Minnesota, in NASA statement.
"It only lasts for hours to a few days, and it can be easily missed even for nearby detection" he said. "In a single exposure, we can see a sequence of images – as if a supernova is displaying its many faces."
Distant supernovae were detected due to a phenomenon known as gravitational lensing. When a galaxy's gravity rotates and magnifies the light behind it, it allows telescopes to observe distant objects that would otherwise be too faint.
Amazingly, the wrapping proved to be an even bigger boon than expected, as it resulted in multiple images, or 'three faces' from different time periods to be captured in one go.
Light from different moments in the supernova traveled varying distances through lensing and was slowed down in effect by the lensing galaxy's extreme gravity, allowing different 'paths' of light to reach it at the same time.
Thanks to that instant timelapse, researchers were able to measure the supernova's cooling rate and calculate the size of the star before it exploded. Researchers estimate that it was a red giant about 500 times more massive than the Sun.
"You see different colors in three different images" said Patrick Kelly, who led the study and an assistant professor at the University of Minnesota School of Physics and Astronomy, in the statement.
"You have a massive star, the core collapses, it produces a shock, it heats up, and then you're watching it cool down in a week. I think that's probably one of the most amazing things." that I've ever seen".
Supernova