A study suggests that the expansion era of the universe may be at its end. 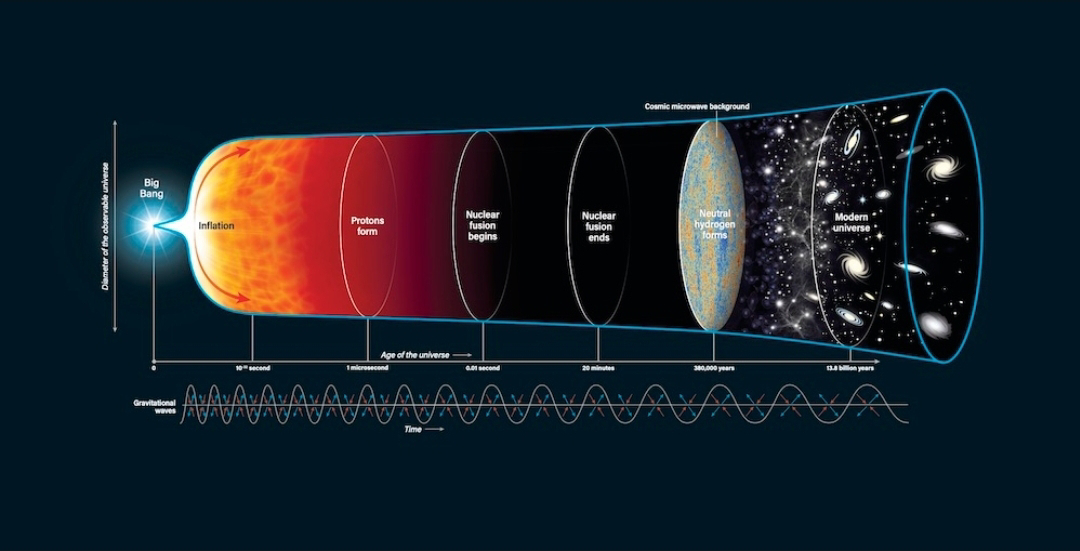 The universe is expanding very rapidly. It is not only expanding but this expansion is continuously increasing.
According to astronomers, the universe will continue to grow like this for a very long time. But not forever, that is, there will come a time when the expansion of the universe will stop.
Physicists at Princeton University have challenged this view by presenting a model of the universe.
In which, it has been told that the universe is at the end of its expansion.
He claims that the universe itself will begin to shrink. It can happen surprisingly soon.
It's a cosmologist's "soon," though, on the order of 100 million years, not something most people would recognize as imminent.
The discovery of an acceleration in the expansion of the universe has shaken cosmology perhaps more than anything else in this century.
The primary debate at first was whether the universe would expand forever, albeit slowly, or be pulled back into a "great crisis" as gravity pulled the movement apart.
The acceleration, and dark energy to explain it, seem to eliminate the possibility that the universe will return to its former state.
Which was a very concentrated situation. But the physicist is not ready to give up on this idea.
Professor Paul Steinhardt, in particular, has proposed "bouncing" models of the universe.
Now Steinhardt and co-authors claim in the Proceedings of the National Academy of Sciences that the turn from expansion to contraction may be closer than we thought it.
The authors do not claim certainty.
They mention three types of models of the nature of dark energy.
One of these will see that the universe continues to expand faster and faster forever, while the other will see it slow to an unexpected point, perhaps in the very distant future.
However, the research paper suggests consider a third model, where dark energy is a kind of quintessence and the rate of acceleration is slowing down.
As a result, the expansion is occurring at the fastest rate ever recorded, but the acceleration is smaller than at the time before.
Eventually, in this scenario, the acceleration will stop.
After a point where the expansion of the universe is constant, it will begin to slow down, before everything stops expanding completely and begins to contract.
Such models have been proposed before, notably by Steinhardt.
What's new here is an attempt to estimate how close we might be to two critical points, first where the acceleration ends, and then when the contraction begins.
Using what the authors call the quintessence-driven slow contraction CDM model (QDSCCDM), they calculate that the end of the expansion could be less than 100 million years, that is, less than one percent of the age of the universe.
The space between the end of acceleration and the beginning of contraction may be of equal length.
Even though QDSCCDM is correct, it has a lower limit - the timescale depends on factors beyond our current technique for measuring, so these events can be very distant.
If the model presented is deemed plausible, however, it could spark projects to develop our capabilities to the point where we can measure whether a turning point is imminent.
Steinhardt can be described as a recent journey out of the cosmological mainstream.
Not only did he help lay the foundation for inflationary cosmology, his work on the effect of gravitational waves on the cosmic background radiation and the recent discovery of quasic crystals has earned him great respect in the field.
Cosmology & Astrophysics