According to Scientists, Extraterrestrial Life is Most Likely on Exoplanets Orbiting Binary Star Systems. 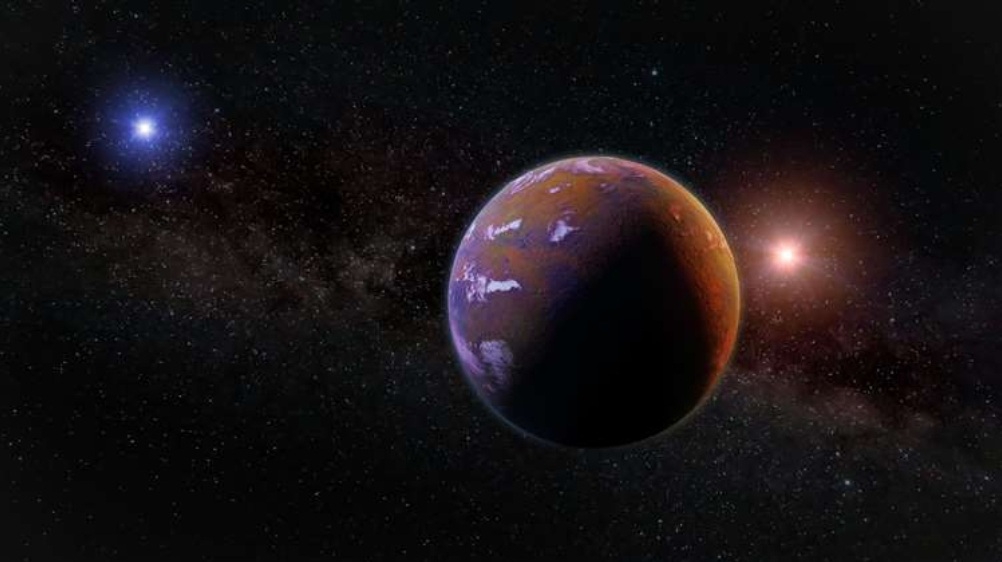 About half of the stars observed so far are binary. This means that one Sun-sized star and another star orbiting a common center of mass while exoplanets orbit both of them.
According to research by scientists from the University of Copenhagen, planets orbiting binary stars are completely different from Earth and planets orbiting other single stars.
It provides a new point in the search for extraterrestrial life. This research was done with the help of the Atacama Large Millimeter Array.
The binary star system NGC 1333-IRAS2A is located at a distance of about 1000 light years from Earth.
The team of researchers found that this system is surrounded by a disk containing gas and dust.
They developed computer simulators based on these observations to see how planets evolved around such systems.
The researchers hope that future observations will be able to confirm their findings.
'This is surprising because the search for alien life in the future will be equipped with state-of-the-art equipment.
But this requires understanding the evolution of planets in binary star systems,' said Professor Jess Christian Jorgesons, who heads the project at the Niels Bohr Institute.
The simulation showed that the motion of the gas and dust does not follow a continuous pattern.
Over a long period of time, the star may become brighter. This suggests that the dust movement is stronger.
This is probably because the combined gravity of binary stars affects gas and dust differently depending on their proximity to each other.
When it is in a strong position it causes massive amounts of material to fall towards the stars.
It is like a comet. Falling material can bring life to planets orbiting stars. No planets have formed around the binary star system NGC 1333 IRAS 2A.
The researchers hope to study observations of as many binary star systems as possible with the aid of the Atacama Large Millimeter Array.
In this context, it is important to focus on comets as they potentially play an important role in the development of life on planets.
'The wavelengths covered by ALMA, allow us to see complex carbon atoms. So the molecules contain 9-12 atoms and carbon' said Kristian Jörgessons.
Such molecules can be the building blocks for more complex molecules that are vital to life. For example, the amino acid found in our body came from comets.
The ALMA network works with the help of 66 telescopes. This greatly increases the resolution probability.
The James Webb Telescope will also soon join the search for extraterrestrial life.
It will also be joined by the European Large Telescope and the Square Telescope Array, both of which are slated to observe the universe in 2027.
Miscellaneous