Can Supermassive Black Holes at the Center of Galaxies Stop Star Formation? 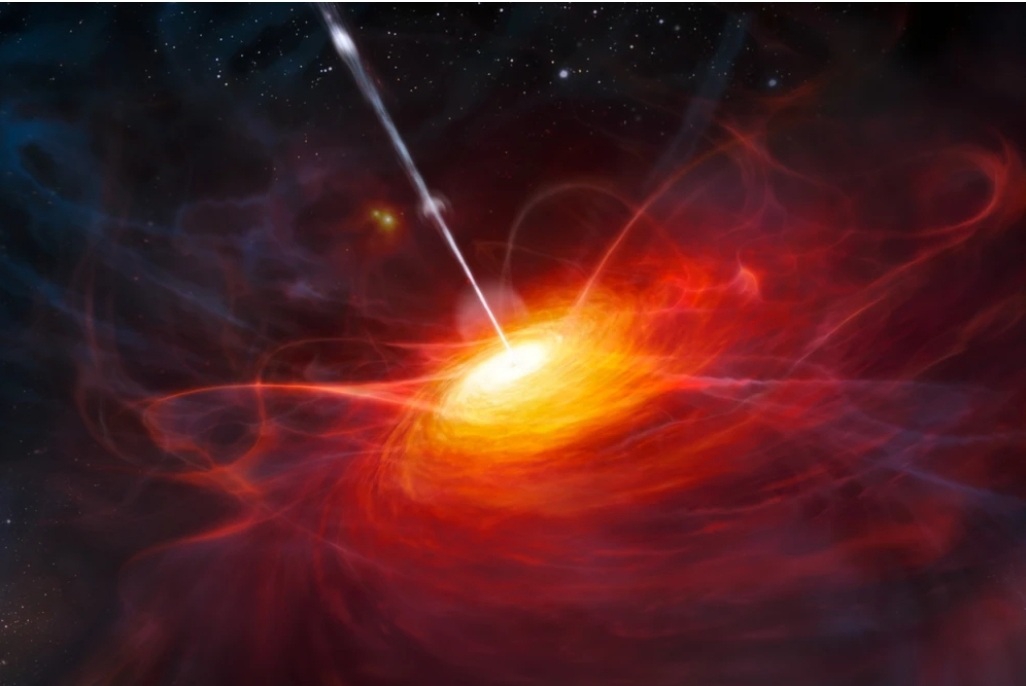 Astronomers now believe that a supermassive black hole is found at the center of all galaxies. By learning more about cosmic things, we can learn more about the forces that control this infinite.
The force of gravity is driven by black holes, and its importance remains the same until the formation of galaxies and the birth of stars. It binds the whole universe.
More recently, astronomers unveiled the first picture of the black hole at the center of our galaxy named Sagittarius A*.
The long-standing problem in the context of supermassive black holes is how can they stop the process of star formation? If yes, then how can we know about this cosmic mystery.
How do supermassive black holes at the center of galaxies prevent the birth of new stars?
When gas falls on a supermassive black hole, it settles into an accretion disk due to the angular momentum present in the system. The material in these accretion disks heats up, reaching temperatures above one million degrees centigrade.
This hot gas emits high-energy radiation, which can launch 'winds' from the accretion disk moving at high speeds away from the black hole. These winds could potentially push gas out of the galaxies - causing a galactic 'outflow'.
Thus black holes with accretion discs, known as active galactic nuclei, could potentially remove the fuel needed for future star formation.
What are the effects of an active galactic nucleus on a galaxy?
With the help of the galaxy's magnetic field, supermassive black holes can launch jets of high-energy, charged particles from the accretion disk along the black hole's axis of rotation.
These jets can interact with galactic gas, injecting turbulence and heating it. The jets span great distances and can interact with gas outside their home galaxies as well.
They heat that gas and prevent it from cooling so as not to accumulate on galaxies – depriving them of star-forming fuel.
The mechanism through which black holes inhibit star formation is unknown, but our research indicates that black holes may kill star formation through a combination of heating and turbulence injection.
These both reduce the reserves of gas available for star formation and reduce the efficiency with which the gas collapses to form new stars.
How does a decrease in the star formation process affect a galaxy?
If a galaxy continues to slow its rate of star formation, it will eventually form barely new stars. It will exist until the already formed stars reach the end of their stellar evolution cycle.
What this means for our observations of these galaxies is that they will dominate the older stellar population and become 'reddish' in their observed colour.
The reduction in star formation is also associated with the loss of star-forming gas, so galaxies that are not actively forming stars tend to have a smooth distribution of light.
Black Hole & Quasars