Astronomers Have Unexpectedly Captured the 'Great Dimming' of the Supergiant Star Betelgeuse. 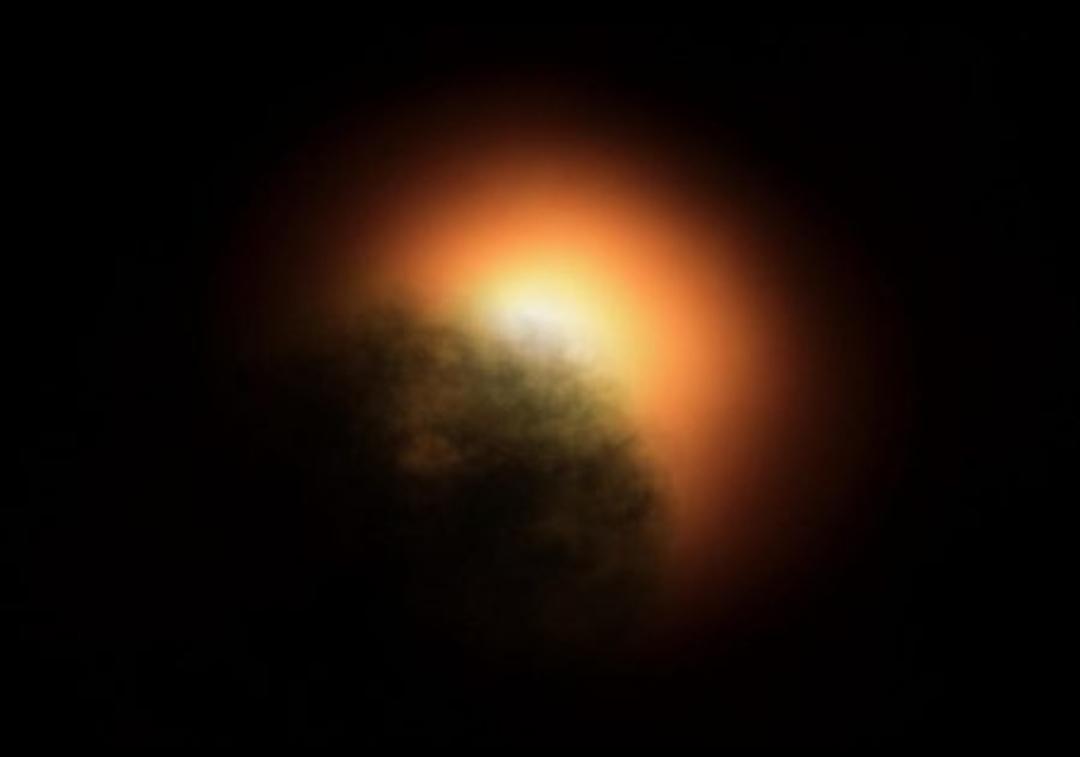 Shortly before the start of the Covid pandemic, the world was fixed on a distant supergiant star.
It is located at a distance of about 700 light years from us and is known as Betelgeuse.
It suddenly dimmed and became 10 times darker than normal. Some astronomers suggested that it was the start of an explosion, but reports of the star's death were probably exaggerated.
After a few months, it glowed as if the star had proved itself. The team of researchers tried to explain what was the reason for this great dimming of Betelgeuse. A team studied hundreds of images of it.
After a few months of study, it was found that possibly this star had ejected gas on a large scale. Due to which it cooled and condensed and the star turned black.
Another team of researchers suggested that the star was cooling slightly.
As a result of this variability, the brightness of the star may also decrease. Perhaps this event led to the formation of dust clouds.
In a study published in the journal Nature on Monday, a team of astronomers presented the details of their surprising discovery.
They were able to locate Betelgeuse in pictures taken by the Japanese weather satellite Himawari-8.
Himawari-8, as the name suggests, is the eighth version of the Himawari satellite operated by the Japanese Meteorological Agency. It operates in geostationary orbit at a distance of 22,236 miles from the equator.
This satellite snaps optical and infrared images of the entire Earth once every 10 minutes. It helps in forecasting the weather across Asia and the West Pacific.
For example, it snapped up a ton of images of the Tongan volcanic eruption that occurred on January 15. However, looking at images taken as far back as 2017.
A trio of Japanese researchers went looking for a prick of light, which would be Betelgeuse, which is lurking. The space behind our brilliant blue and green marble.
Studying that prick of light, the researchers came to the same conclusion as their predecessors: Betelgeuse dimmed both because of the dust and some natural variability in its light.
It's not all that exciting, but it's good confirmation that we're all on the right track, and that's exactly the process of science.
Interestingly, a weather satellite was able to provide this data in the first place.
This could be a big deal for astronomers. Building and launching new space telescopes is not a cheap or easy endeavor and you'll have to book yourself a rocket.
There are already satellites orbiting the Earth that may be able to do the same thing.
"Himawari is like a free space telescope" Simon Campbell said, an astronomer at Monash University in Australia.
For example, weather satellites such as Himawari-8 are constantly imaging Earth and the space around our planet, providing mountains of data to filter through.
This is important because astronomers usually have to make a case for timing on telescopes, creating blocks for their projects that allow them to control where the telescope is focused.
For example, when Betelgeuse mysteriously dimmed, some of the most powerful telescopes on the ground were already booked for viewing elsewhere.
One, the Very Large Telescope in Chile, gave a chance to use their telescope for observations, leaving other projects behind. But these cases do not always come up.
So, Campbell said, here's a neat story about seeing space. You can see Earth imaging satellites in orbit and reuse them to study background stars.
Another advantage of this is that they can observe for more than 24 hours and be able to see in additional wavelengths of light, such as infrared, which is blocked by Earth's atmosphere.
Stars